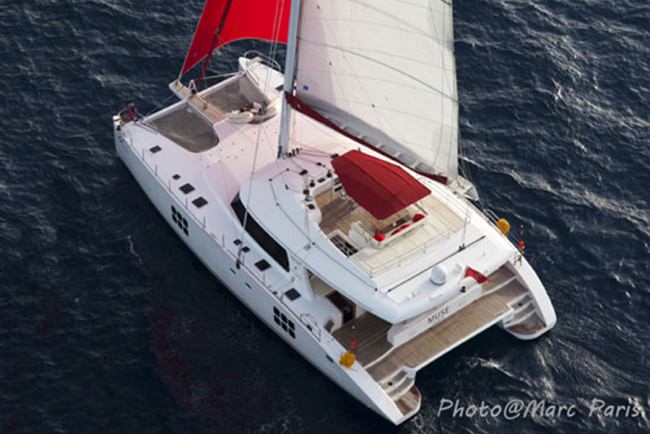 Born in 1967, Serge began sailing in Brittany on the family boat.
Professional skipper for 25 years, Serge has experience on all types of sailing yachts, in the Caribbean (Bahamas to Venezuela), in the Med and Polynesia.
The sea is his passion and he‘ll be very happy to share it with his guests as well under water (level 2 in diving), on water (windsurfing, paddle, water skiing) or looking at the stars.
His long experience will allow everybody to feel perfectly safe and so to take full advantage of the cruise.
His friendly personality creates a pleasant atmosphere and he makes sure the guests feel right at home on board.

Born in 1968.
Sylvie is very dynamic and passionate. She has been working in restaurants and
bakeries in France and abroad. Her travels took her to Ecuador where she lived for
12 years. She created a tropical flower plantation specialized in flower arrangements
and export. Since 2015, she has been working as a hostess/cook on sailing yachts in
Med and in the Caribbean. Her cooking talents, her communication skills and her
smile insure our guests unforgettable moments on board.

From Auckland, New Zealand and currently residing in the south of France, Edward has always been around food and great ingredients. Initially trained in interior design at Auckland’s University of Technology, his passion and desire to cook came to the forefront and that could not be ignored. He went on to further his studies, training as a chef at the Auckland Hospitality School for Chefs. He’s 39 years old, a married father of one and moved to France around five years ago looking to further his career and knowledge, which eventually put him in the direction of working in yachting. Being from New Zealand and having grown up in and around yachting, the two seemed a perfect fit. He has worked on catamaran Muse for four seasons and going onto his fifth, having worked with three separate captains. He has worked as chef in multiple restaurants and also on previous yachts including motor, one which was based in Italy, where he was stationed for six months cooking for the owner on board and at his private villa. He enjoys cooking French, Italian and Asian cuisines but love learning. Having completed an Atlantic crossing a year ago, he looked forward to the challenge of the Caribbean and the wonderful new ingredients and challenges it proposed and it was everything and more than expected. His ultimate goal is to give the guests more than they could ask for on any given day and continue to learn and travel, gaining experience from all over the world and using that to make people happy through food. 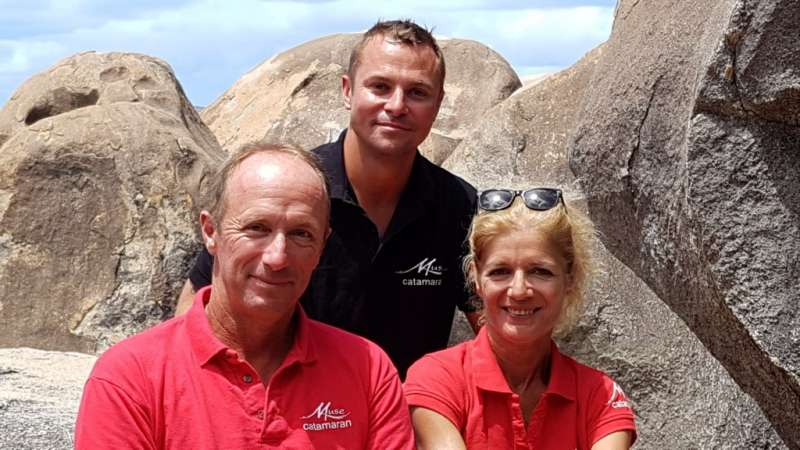