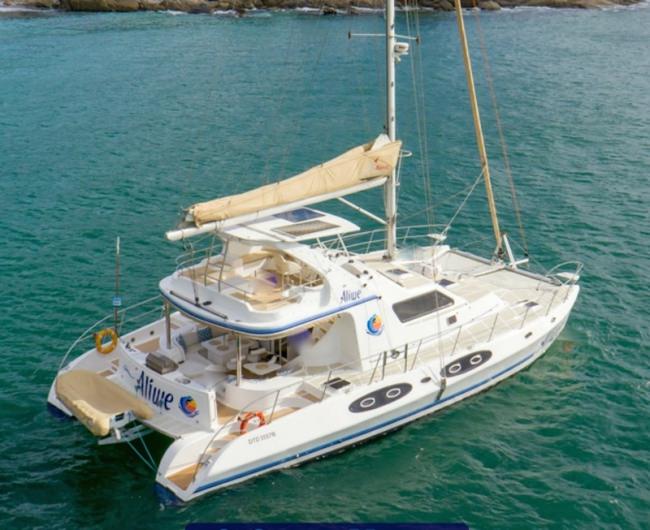 Ceiling Heights: Salon is 86 inches from floor to ceiling and the hallways and stateroom ceilings are 78 inches.
The port aft cabin is the queen bed and the two forward cabins are the king beds.
The two king cabins are also more spacious and provide more storage space.
The head in the queen port aft cabin is en-suite even though not depicted on the layout. 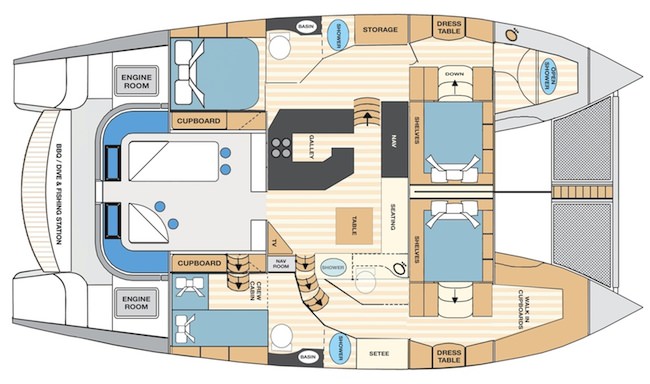 Sarel grew up on the coast of South Africa. After finishing school, he completed his RYA Yacht Masters Offshore Certification and began his life on the water sailing yachts from South Africa to New Zealand, the USA and elsewhere. Over the course of 3 years he completed 3 Indian ocean crossings, a Pacific and an Atlantic crossing.

As a captain his focus is the safety off all his guests, the crew, the environment and his vessel while offering an awesome, fun-loving experience.

Born and raised in Florida, Dani grew up with a tremendous love of the ocean and the outdoors which continues to bring her joy and a sense of comfort. From an early age she was curious and excited as her father would teach her the ways around a kitchen and then working in the hospitality industry while in college she learned the ins and outs of the restaurant world.

After obtaining her Associate in Arts from Valencia College she took her first adventure out to Hawaii to work on cruise ships where she got her first taste of life on the water. Living and working on the beautiful islands only deepened her passion for people and cooking abroad. Traveling and experiencing new cultures and cuisine has made her want to share that experience with others.

The following year she decided to trade the big ship life for something more fulfilling, where she could connect more with her guests and let her true passion of cooking come alive. After her first trip as chef aboard a sailing yacht in Portugal she knew she had found her perfect fit. She has spent the last 3 years working on sailing yachts in Portugal, Croatia, and the Virgin Islands which has allowed her to travel to over 20 different countries growing her knowledge of different cuisine and her love of sailing. 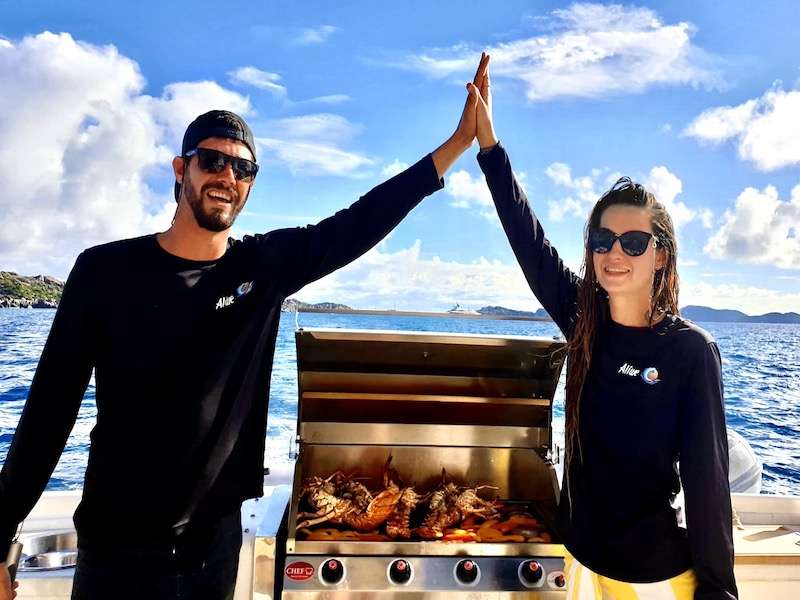