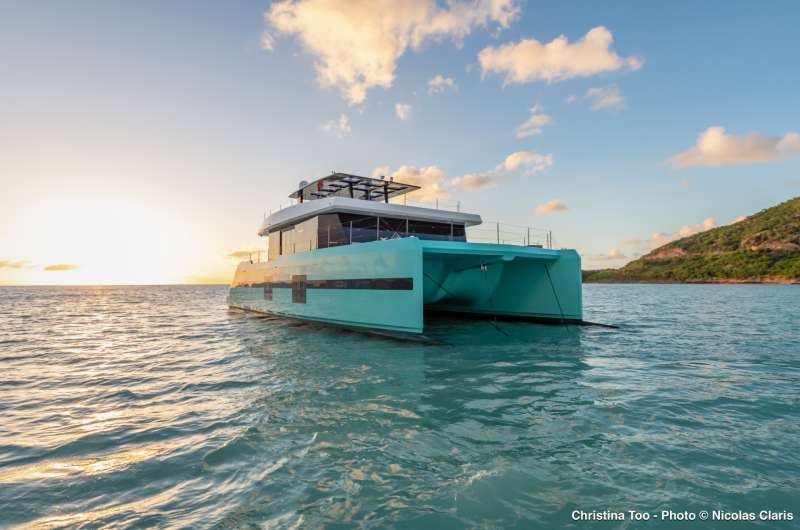 CHRISTINA TOO is accommodating up to 8 guests in 4 ensuite double cabins.
Each cabin is equipped with 160 x 200 bed size, air conditionning with private control, plugs,hairdryer and HEOS surround 5.1 system. 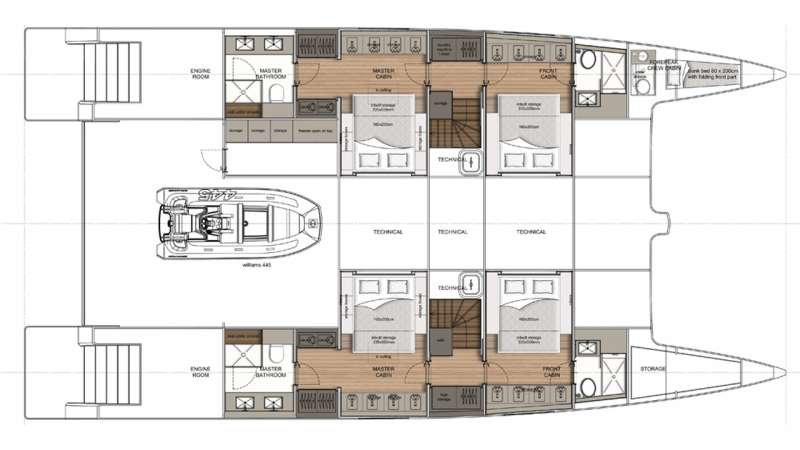 Alex was born in Namibia, Africa, where he spent his early years developing a love for nature; both ocean and desert life became engraved in his character. He spent many weekends exploring the Atlantic coastline on foot and became an avid fisherman by the time he was five-years-old.

The next step was to head out onto the ocean and he was fortunate enough to have a family who encouraged him to get his Hobby Cat and Laser sailing licenses before he’d even finished primary school. He completed these courses while experiencing the waters off the East coast of Africa, the Indian Ocean.

He moved to South Africa for his high school and university years where he found a passion for diving in his free time. He never faltered on his love for sailing though and enjoyed family sailing trips all over the world. By the time he left school, he’d sailed a few more seas - the Caribbean, the Pacific and the Mediterranean.
When he finished up at the University of Stellenbosch (where he learnt a lot about wine, naturally), he headed to sailing school in Cape Town and eventually made his way up to France where his yachting adventures took him on an epic journey through the Mediterranean, across the Atlantic and finally onto Brazil.

Once Alex had completed his Yacht-master, he permanently moved into the yachting industry where he worked his way up the ranks eventually making it to Captain at the age of 23. He spent 3 years moving between the Caribbean and Mediterranean seasons and
completed his Divemaster in Panama in 2016.

Alex loves cooking and is known as the “Braai (BBQ) Master” where his skills range from Argentinian tenderloin to hand-caught lobster. His German sense of humor (no laughing matter), sailing experience and humble nature all lend a hand towards a great Captain whose crew and guests alike will tell you that a trip with Alex is “absolutely the best”.

Born in Johannesburg, South Africa, the last thing Marcelle ever saw herself doing was actually getting to live the dream and sail the world.
She started dancing at the age of three and immediately developed into a confident stage-presence who is always the life of the party. Hosting and entertaining come naturally to Marcelle; a look through her guest testimonials will show a mature, organized Chef and Hostess who is also able to initiate a karaoke sing-off or create an unforgettable atmosphere at an impromptu Caribbean beach party.

Marcelle’s love affair with food began early and she often reminisces about learning tricks and family secrets from her mother, an influence which is clearly visible in her repertoire.
She takes pride in not only delivering spectacular meals with interesting and varied “flavor-bombs” but also creating a special twist on every day dishes. She has been in the yachting industry for over 4 years and has made her way around the world making sure to pick up flavor combinations and recipes along the way. Tasting the influences from all over the globe, you’d think she ate her way through each of the 35+countries she has visited.

After spending time learning from an ex-yacht chef in Palma de Mallorca last year, Marcelle decided to head to Germany to learn a bit about the Bavarian cuisine. She worked in the kitchen of a reputable hotel in Munich where she was taught a variety of cooking, preparation and time management skills and gained invaluable experience.

Having spent the major part of the last 4 years extensively sailing the Caribbean Sea, she has developed an avid love for the ocean; scuba diving and snorkeling are some of Marcelle’s favorite past times and she loves taking her guests on unforgettable reef tours to discovery some of the ocean’s animal life.

Raised in the Nevada desert, and living much of her life in the Rocky Mountains of Colorado, Nikole never expected to follow a career in yachting. Growing up in Las Vegas, she discovered her love for the hospitality industry early, and spent 5 years working in everything from casual to fine dining restaurants and bars.

Her love for the industry led her to earn a Bachelors degree in Business Marketing. After graduating from the University of Nevada, Reno, she packed up her things and made a bold, and solo move to the Colorado Rocky Mountains where she spent 4 years working as an event planner.

In this career, Nikole developed a passion for creating memorable experiences for guests. She loves being creative with event themes and watching her guests walk away with unforgettable experiences.

Nikole discovered her love for the ocean over the years while exploring the Virgin Islands and Hawaiian Islands on vacations with family and friends, where she filled her days with surfing, water skiing, and snorkelling. She was always drawn to the water and after experiencing life in both the desert and mountains, she felt it was time to experience life on the water. So what better way to combine a passion for hospitality and love of the ocean than a career in yachting! She began her yachting career this year, sailing the Caribbean on a luxury motor yacht where she mastered housekeeping and put her hospitality skills to work.

Nikole loves to do anything adventurous. From skiing, to hiking, to water sports, to simply exploring and traveling to new destinations. She possesses a refreshing trifecta of passion, dedication to service, and an infectious personality that guests are drawn to.

Born and raised in Grand Rapids Michigan, Mitch kept himself busy by exploring the Great Lakes and the outdoors with friends. Growing up on lakes, Mitch’s passion for being on the water was instilled in him at an early age. He spent most of his summers wakeboarding and water skiing at his family’s cottage.

Mitch loves being able to create fun experiences for people, which is what led him to earn a Bachelors degree in Hospitality of Business at Michigan State University. Shortly after graduating, his love for the water brought him to the British Virgin Islands where he landed a job at a luxury community and spent 2 years doing guided snorkel tours, SUP excursions, and tropical hiking tours as a guest services associate.

He later moved on to director of their marine department where he worked closely with yacht management.

After the devastating hurricane Irma hit the islands, Mitch was brought stateside. But his love for the water didn't end there. He began his career in the yachting industry and fast forward to two years later, he is now a seasoned deckhand and excited to be a part of Christina Too.
You’ll have a hard time finding Mitch anywhere but the water. He is very active and an avid sports fan/ athlete. With his love for the Caribbean and knowledge of the waters, he’s excited to provide unforgettable memories for guests and colleagues alike. 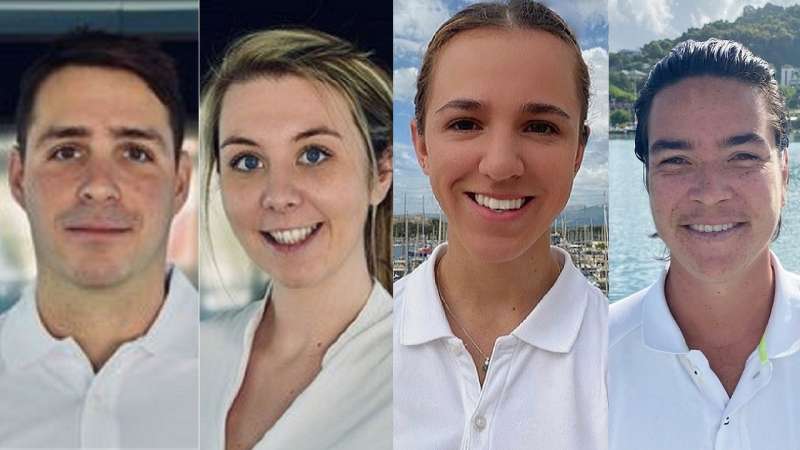