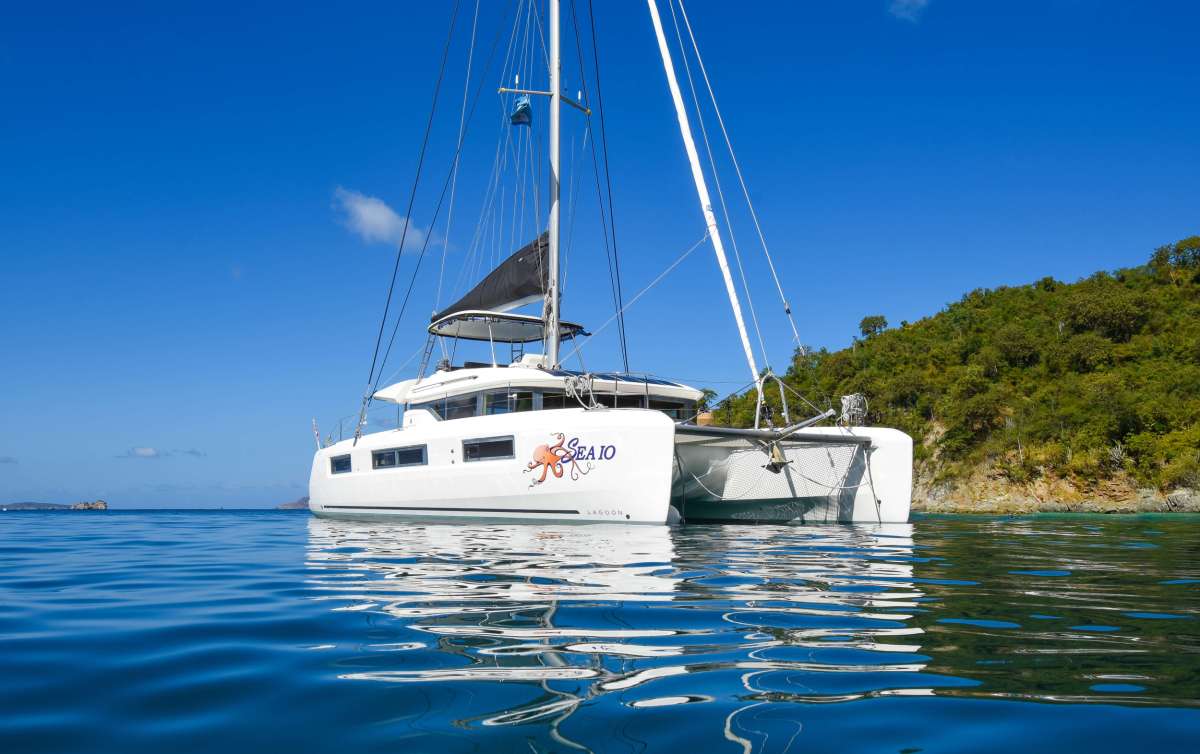 Master suite with large dressing room on starboard side with Queen bed. Port side has one queen ensuite cabin and one double guest cabin midship. Double cabin guests will need to share head with another guest cabin. Crew sleeps in one ensuite cabin on port side.

HALF BOARD MEAL PLAN OPTION : SUBTRACT $150 per person from weekly rate : Includes 7 breakfasts, 4 lunches and 3 dinners. Requires all other meals on shore at client expense. 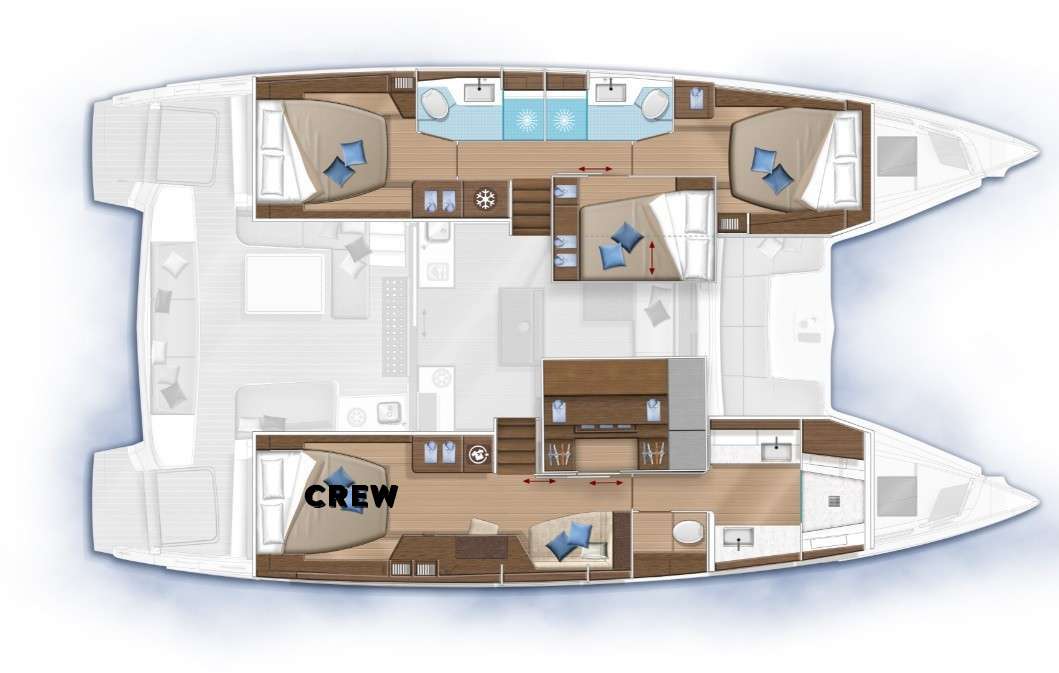 Captain Name: Starr spent his childhood on a lake in northern New York; he was raised sailing and operating small boats before he could legally drive. At the age of 12, his father gave him the family’s 1968 Glastron with a 60hp Mercury outboard and he has been exploring and playing on the water ever since.
He was accepted into the U.S. Coast Guard Academy at 17 and graduated as a naval officer four years later with a degree in Marine & Environmental Science. He instructed collegiate dinghy racing, has captained rescue boats, driven large ships, and specialized in long-range helicopter search & rescue throughout a 13 year career.

Starr's love of sailing started at The Academy while cruising offshore of New England on the Coast Guard cutter Barque Eagle, a 295’ square rigged training tall-ship, eventually covering most of the North Atlantic including a 21 day crossing from the Canary Islands to Bermuda - navigating by sextant alone. He has ocean experience working in the Bahamas, Turks & Caicos, Leeward Islands, Windward Islands, and the Greater Antilles. He has cruising a 38’ Nauticat throughout Alaska’s Inside Passage for the past few years spending as much time with his partner Amber as he could. He has a very strong love for the sea and it’s lore and he is excited to share it with you!

Amber first began sailing in the waters of Port Townsend, Washington and the San Juan Islands; a sailing culture rich in traditional wooden boats and maritime history. She has been working professionally on boats since 2012 spanning everything from commercial fishing and whale watching boats in Alaska to instructional vessels and yachts in the Caribbean. She is a US Sailing certified sailing instructor and holds a USCG 50 ton Masters Licence.

In addition to her culinary and hospitality skills, Amber brings a background in sail training, environmental education and a degree in Marine Biology. Having spent many years as a marine naturalist, she can introduce you to the many colorful fish and corals that inhabit our waters. She is excited to embark with you on her third season in the Virgin Islands.

Amber and Starr met while working on the Pacific Northwest’s famous Inside Passage. Based out of Juneau, Alaska; Starr was living aboard his Nauticat ketch on Douglas Island flying helicopter clients locally, and Amber was working as a 50 ton vessel master, hosting clients as a naturalist and operator. They met on an arranged date for coffee and instantly clicked through their appreciation of simple things and true connections; their love for life, for play, for adventure, and all things boats. In their free time they like to take the dinghy out on adventures, host beach bonfires, or hike and climb around the mountains. They look forward to sharing their passion for life and the islands with you aboard SEA IO! 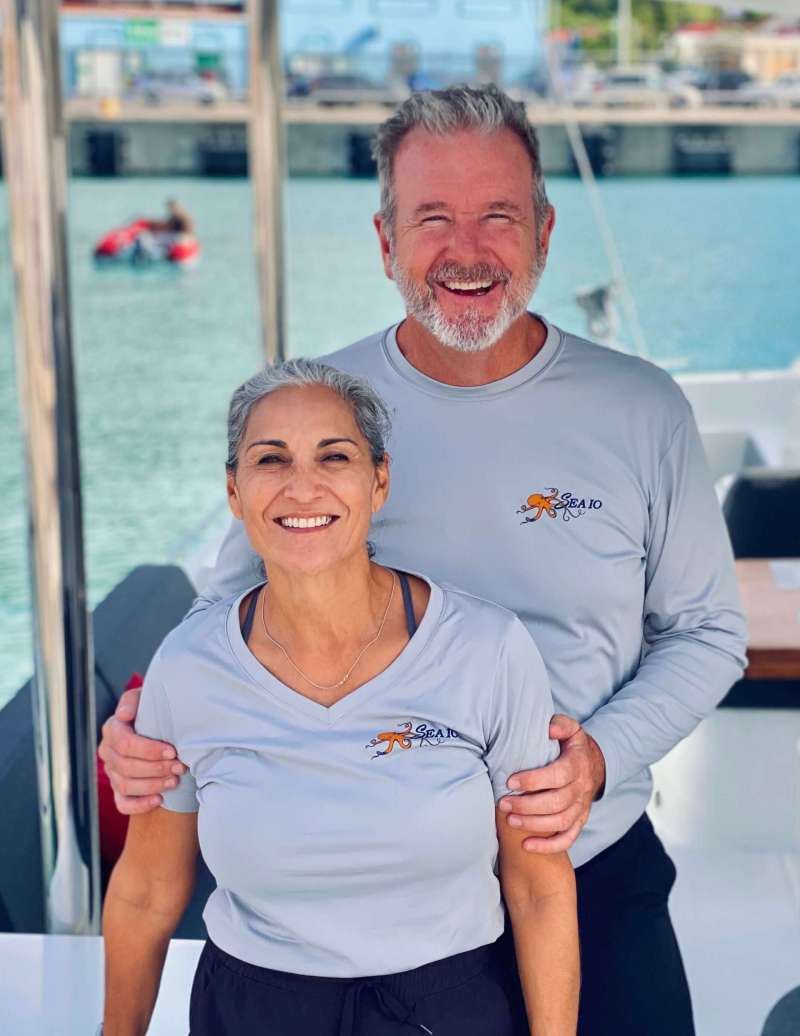