You are here: Home / E-Brochure 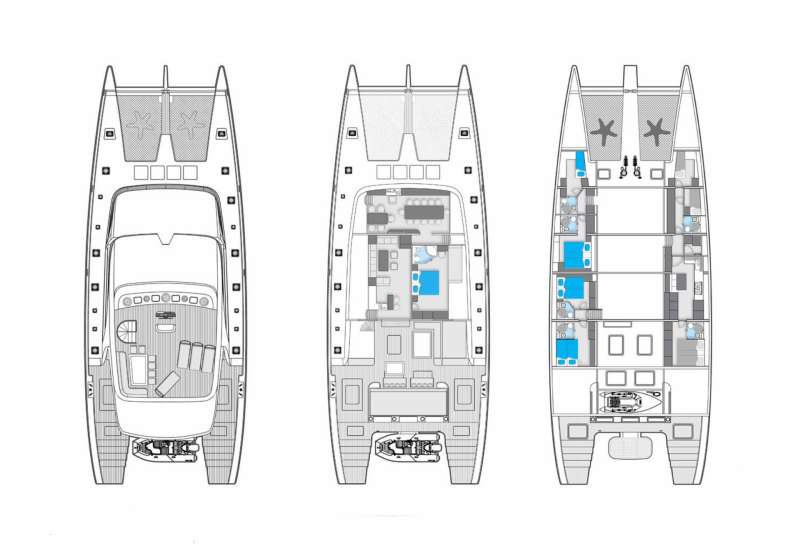 CAPTAIN: Franck FEREY
French
STCW95, CGO, medical 3, PCMM
Franck has a wealth of experience sailing the Seven Seas of the world for the past 18 years.
Languages: French, Basic English

Charlotte graduated at Stellenbosch University with a BCom Management Accounting Degree, after that she did her articles as an auditor/accountant and is now a certified Professional Accountant (SA). During her studies she worked in the hospitality industry as a bartender and waitress in a bar and at weddings or big functions.
Her love for boats and the ocean started at a young age when she used to join her grandfather on his fishing trips and by living in a small coastal town on the West Coast, South Africa where she had the ocean at her doorstep. She decided to join the yachting industry to explore the world by combining her love for the ocean and the hospitality industry.
She enjoys being surrounded by people and her positive, energetic demeanor makes her a valuable team player.

Arnaud has 4 years experienced in the yachting industry
He first worked in French Riviera shipyards as Mechanic, then as Mechanic/Deck-hand in Tunisia aboard Princess Sany 36m and in Urugay aboard a Mangusta 30m.
In addition of yachts and mechanics, he likes fishing and rugby.