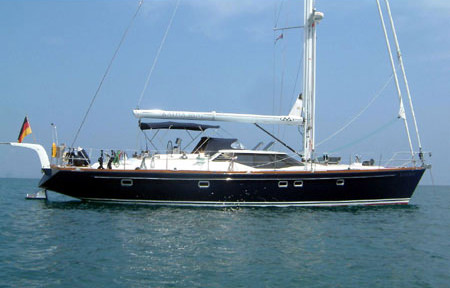 Michael had his first dream about boats fulfilled when he had his first self-building sailing boat in the water a 2 foot model when he was 12 years old. He started sailing as a teenager, in the beginning on one of the lakes in northern Germany, where he is born, then on small yachts in the Netherlands.

Michaels first offshore sailing trips on old wooden sailing boats were true adventures not unlike the other activities he was drawn to globetrotting to Asia, crossing the Sahara, organizing and guiding commercial tours to Northern Africa and the Arctic circle.
It is no wonder that his skills and qualifications include a single engine pilot license as well as scuba diving licenses, of course in addition to all necessary licenses for commanding sailing vessels.

Organizing and creating, generating possibilities and realizing opportunities these are Michaels traits that not only made him built his dream house in the foot hills of the Black Forest or made his Jazz band hugely successful across the borders of Germany, but, most importantly, gave him and his family a sound foundation as an accomplished attorney.

Having purchased his first 44 foot yacht in 1993, Michael soon had created his own small charter fleet of 3 sailing Yachts, big enough to stand for another successful enterprise. During this time period, Michael regularly set sail as skipper on extended trips with guests, with his family or with friends in the Mediterranean as well as in the Baltic Sea and the North Sea. His knowledge of the coasts, the harbors and the local cuisine always guaranteed unforgettable memories for his guests, although true highlights were set when Michael himself took over the galley and fulfilled the gourmet dreams of his guests with own creations.

When he was offered to share his vast experience in the building of a big yacht in England, Michael gladly assumed responsibilities in managing the project for the future owner of the yacht. During some 26 months the project slowly took shape in the form of a gorgeous 57 foot sloop, which Michael himself took with a crew of five in 2003 for her maiden voyage from the building docks in Cornwall, England via the straits of Gibraltar to the isle of Elba, Italy. Since then Michael has already lead several sailing trips to those lovely bays and historic ports of Italy and France, places that have become his second home over the past 20 years.
___________________________________________

Alex was born in Ukraine, but since many years he is living in Mallorca, where he runs a workshop for marine electronics, if he is not aboard of Katha Bani.
Alex speaks Russian, Ukrainian, English and Spanish. In German he knows at least 2 words: Danke and Prost.

Alex accompanies the captain for many years on numerous sailing trips. The captain likes about him besides his reliability especially his patience, his incredible imaginative technical skills and not least his athletic skills.

During 4 Atlantic crossings and a total of about 30,000 sea miles sailed Alex has won a lot of sailing experience.
Another passion is diving. As soon as the anchor is thrown, Alex is already in the water. As a trained free diving instructor he likes to show the board guests the underwater world.

When he is not aboard, he jumps as a pilot of an Atos hang glider in the air.

The only thing Alex cannot do, is cooking, therefore he has his captain. 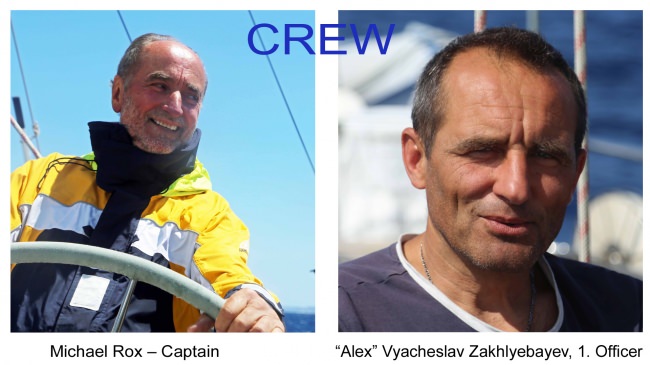