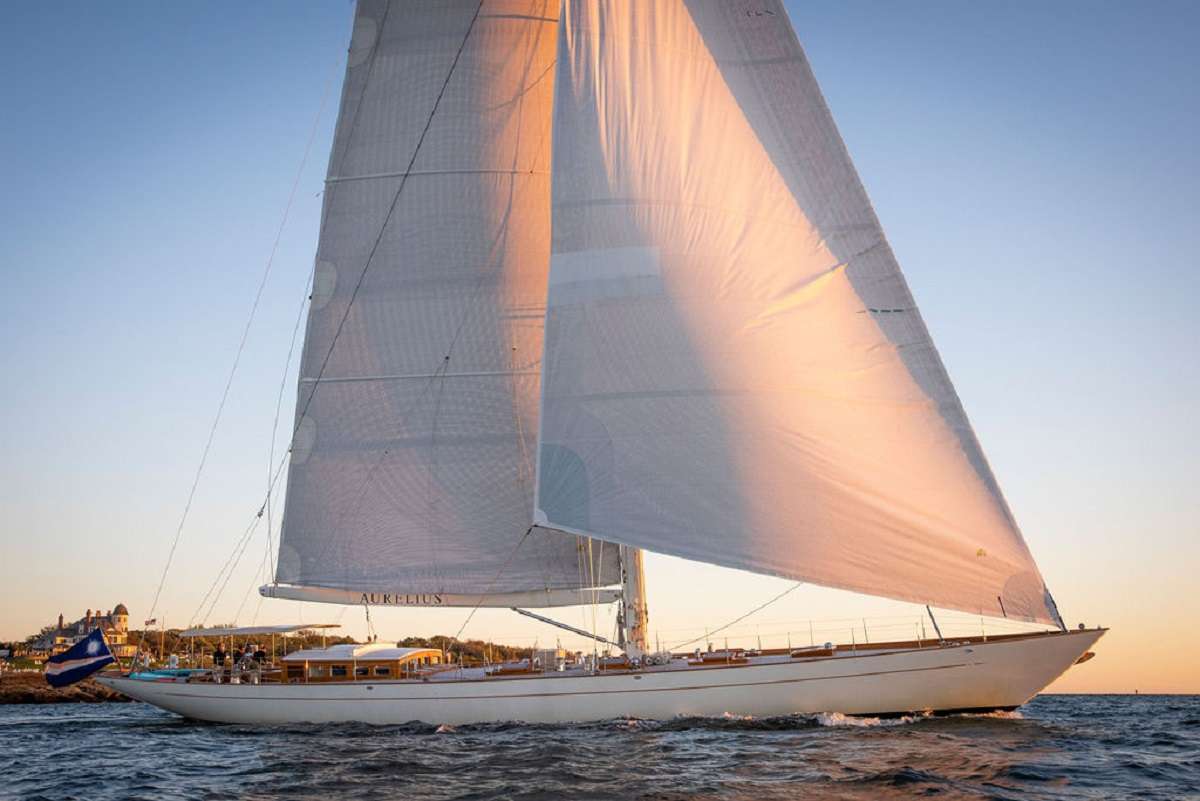 Her length of 33.9 m comfortably accommodates six guests in a master and two twin staterooms plus two Pullman berths, with two crew cabins forward accommodating up to three crew. All guest cabins have ensuite heads with full walk-in showers. Separately accessed crew quarters for 3 with head and shower.

The two guest cabins each have a sliding system to enable the beds to be pushed together to form a double. However, in the starboard guest cabin there is a substantial night table/drawer module between the two which would need to be removed. We have not attempted that, but next week I will investigate how much difficulty would be involved. We have successfully combined the bunks in the port guest cabin on several occasions

Rates are subject to change without notice. Please confirm rates before quoting.

He holds master's degrees in mechanical engineering and business administration. He also spent 12 years at a music conservatory and is a classically trained violinist. Prior to embarking on a yachting career, Nicolas worked for 10 years as an engineer and special project manager at the NASA Goddard Space Flight Center in Greenbelt, Maryland.


Sailing since the age of seven, Nicolas actively raced on yachts, among them the Etchells class, for fun. When he was 29, he obtained a U.S. Coast Guard captain’s license and began delivering yachts along the U.S. East Coast to the Caribbean.

His crew positions include captain of the Swan 77 LA FORZA DEL DESTINO; captain of the 90-foot charter sailing catamaran LONE STAR; first mate/engineer aboard the 106-foot Holland Jachtbouw modern classic sailing yacht CARL LINNE; and countless others moving from the U.S. East Coast to the Caribbean and the Med and back.

Nicolas is not only an excellent yacht captain and sailboat racer – he is a licensed airplane pilot and flight instructor, motorcycle enthusiast, kite surfer, windsurfer, scuba diver. He always welcomes opportunities to learn from others and lives up to his personal motto, “work, hard, play hard!”

Aurelius chef Lia Hosein of Trinidad finds inspiration for her culinary skills from her country of origin and from extensive world travels. She enjoys immersing herself in the cultures of the places she visits, and learning all she can about the cuisine, local ingredients, and cooking techniques.

Lia traveled to Europe to train under the English chef Rosie Davis, renown for hands-on classes for cooks. Lia is also certified in silver service and has completed courses in wine pairing and wine tasting.
She has augmented her culinary training and experience with work as a guest relations manager at world-class hotels.

Lia has worked as a chef aboard yachts for more than a dozen years, including with Captain Nicolas Chauvet on LA FORZA DEL DESTINO. Guests enjoy her sincere, hospitable personality as well as her warm and welcoming smile. Her practical knowledge of the Caribbean ranks Lia as the go-to adviser for the best beaches, scenic views, and activities. Beneath her professional demeanor is a great sense of humor. Prepare to laugh often and heartily!