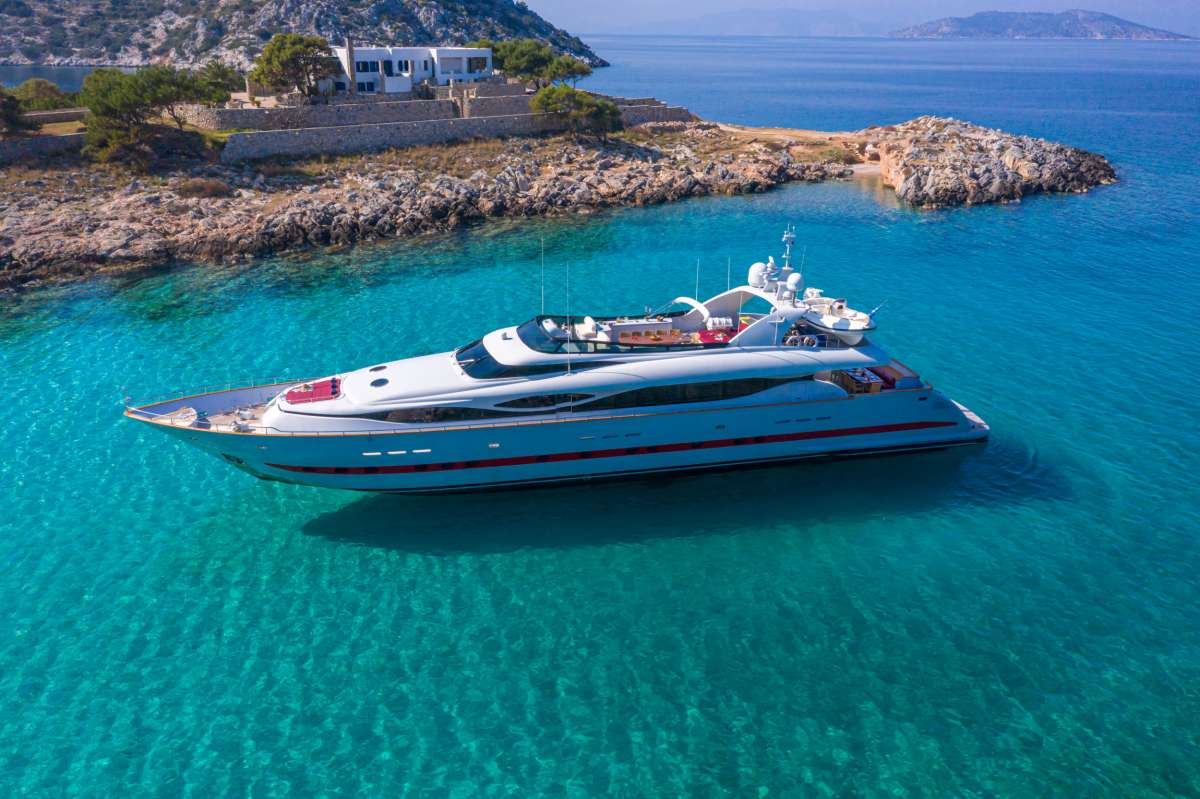 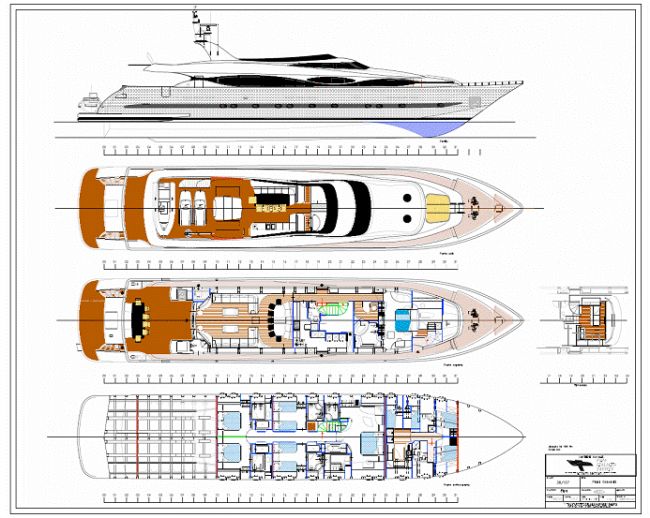 Captain Name: Captain: Yiannis Marathianos
Captain Yiannis is 55 years old, a Greek national. He holds a Captain’s A Class Diploma and numerous certificates such as Rescue and Fire Fighting, Certificate in Education Tanker safety, RR Passengers, GMDSS, ISPS code, Certificate Yachting Gnosis (verbal communication, conflict management, leadership, customer care, economic management, yacht maintenance) from HYCA and S. Niarchos Foundation, Bachelor of Professional Lifeguard etc . He has over 15 years’ experience on charter yachts i.e. Panther, Albacore, Albacore II, Bonito, Nitta V & Aurora. Captain Yiannis’s extensive knowledge of Mediterranean Sea is a valuable asset and ensures a successful charter. He is a professional captain with passion for his job and he has been awarded with the class A Navy Medal Award from the Ministry of Merchant Marine for rescuing people during the sink of “EXPRESS SAMINA” on September 26, 2000. He is married with two children, he speaks English and German and in his hobby is winemaking.

Engineer: Nick Alafragis
Nick is 42 years old, a Greek national. He holds an Engineer’s A Class diploma and all the necessary certificates; Life Saving, Firefighting, STCW, SSO etc. Also he is a qualified diver. He has 16 years’ experience on oceangoing ships and 9 years on M/Y Glaros. Nick is the person whom the Captain and the crew completely trust and rely on for the smooth operation and repair of every part of the yacht. He is married with two children and he speaks English. He enjoys all watersports and football.


Chef: Apostolos Apostolidis
Chef Apostolos was born in 1988 in Athens, Greece. He has graduated from the “Le Monde” Institution having the Diploma in Culinary Arts – Certification “Professional food production – Chef”. Also he has professional postgraduate studies in Modern Pastry and Bakery Art and Certification in hygiene and food safety.
He has also attended the following seminars; «Textura and the art of glazing» by Emmanuel Hamon, «Gateaux et entremets» by Frank Haasnoot, Κica (Kiev International Culinary Academy), «New modern pastry techniques» by Ramon Morato, «Obsession" by Oriol Balaguer, « Methods and techniques of sous-vide» by Kalosakas Eythimios, « Fresh Aromatic» by Poris Vasilios, «Seafood Flavors» by Safos Ioannis, «Bavarian cuisine» by Anastasiadis Ilias, «Modern Greek Cuisine» by Peskias Christoforos, «Lebanon and Syrian Cuisine (2)» by Αlomari Mazed, «Greek modern Fusion Cuisine » by Peskias Christoforos, «French Japenese Fusion Cuisine» by Antoine Schaefers, «Food styling» by Ntounetas Michael, «Lebanon and Syrian Cuisine» by Αlomari Mazed, «Methods and Techniques of sous-vide» by Kalosakas Efthimios,«Suggestions for Μenu bar & restaurant» by Gavrias George, «Christmas New Year Traditional dishes from France» by Stephane Jakic,«Greek and European Tasting» by Poris Vasilios.
He has worked in the most well known luxurious hotels and restaurants in Athens and Mykonos. He was also cooking consultant in various restaurants; creating new recipes, new menus, a variety of desserts, supervision of daily kitchen operation, training stuff etc.
Apostolos is a very creative and competent Chef who can satisfy the most demanding clients. He is expert in Mediterranean and International cuisine as well as in Pastry. He speaks English. In his free time he enjoys cycling and football.

Steward/Assistant Chef: Ariel Salazar
Ariel is 42 years old, a Philippine national. He has 11 years’ experience as a cook and steward on luxury yachts. He joined M/Y Glaros in 2008 and he was on the previous yacht of the owner since 2006. He is a very polite person with great social skills, always catering clients’ needs at all times. He speaks English and he enjoys fishing.


Bosun: Leonidas Tiniakos
Leonidas is 41 years old, a Greek national. He holds a speedboat license and all the necessary certificates such as Personal Survival Techniques, Fire Prevention Fire Fighting , Elementary First Aid etc. He has worked on various motor yachts. He is very hard working and friendly person. He speaks English, he is married with one child and he enjoys fishing.


Deckhand: Raoul Marcelino
Raoul is 47 years old, a Philippine national. He has 14 years’ experience on ocean going vessels and 7 years on luxury yachts. He joined the previous yacht of the owner in 2006 and M/Y Glaros in 2008. He speaks English and enjoys swimming.


Deckhand: Henry Madriaga
Henry is 40 years old, a Philippine national. He has been working in the yachting industry for the last 15 years and he joined Glaros in 2015. He speaks English and enjoys football and cinema.