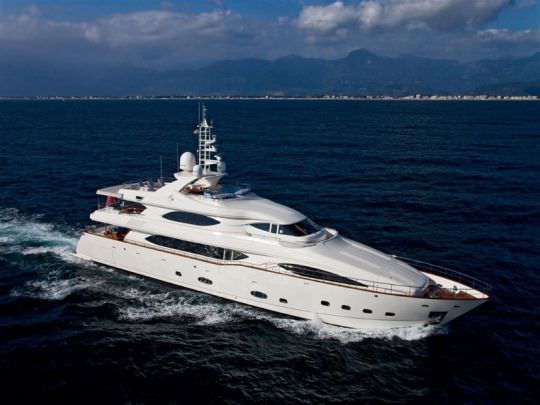 Up to 12 guests in 1 master, 2 double 2 twin and 2 pullman.
The Master suite has a large king size bed, in this full width room and has his and hers walk in robes. It also has a 42� wall screenTV with full DVD and Satellite TV system.
It�s en-suite bathroom is also full width and is finished in marble floors and basins with his and hers toilets /bidets etc.
Lower Guest Area 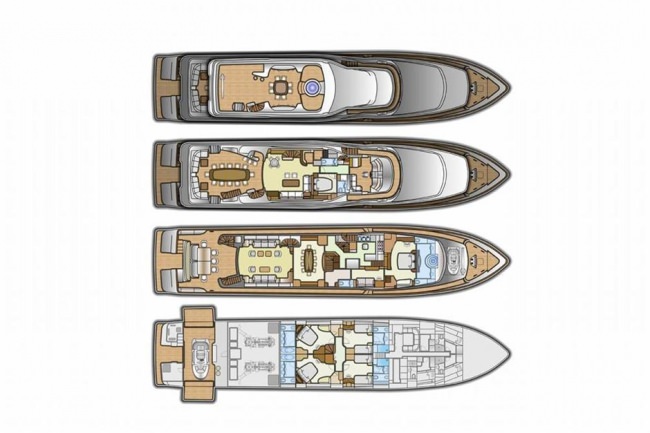 Captain Name: CAPTAIN : KERIM ERMAN ERDOGAN 12.12.1981
Captain Kerim Erman ERDOGANs professional marine life began in 1999, working aboard many charter gulets. He lived 4 years in England, working in Southampton and Portsmouth.
He joined MY Ariela crew as a Captain in 2015.
Captain Kerim Erman has sailed throughout the Med and the Aegean Sea with his professional crew and he is proud to be head of a dedicated team, the efforts of whom have combined to create a charter yacht renowned for its service excellence. Captain Kerim Erman holds Yacht Master, GMDSS Goc and Dive Master certificates. He speaks fluent English.

HASAN is from Tabzon. He graduated from Engine and Maritime High School 2005. After school he started his training on cargo ships; he has been working as engineer since 2006. He speaks English. His hobbies are engines and tv.
He holds 3000 kw Engineer certificate
Yachting Experience:
MY Royal Enterprise
MS Hic Salta
MS Cobra Infinity
MY Somar
MY Ariela 2015 Present

Abdullah was born in Bursa. He graduated from college in 2009. After school he spent his military service in the navy, then started working on yachts in 2011. He speaks basic English.
He is single and he lives with his family. His hobbies are diving, fishing and motor biking. He lives in Marmaris.
My Bluse 2011-2015
My Ariela 2015-Present

Muharrem was born in Izmir. He graduated from Tourism Training School in 2005 the completed his training in some five stars hotels in Marmaris. He spent his military service in the Turkish Navy. He started working as a deckhand in 2007. He speaks basic English and he is single.
His hobbies are diving, fishing and motor biking.
He lives in Marmaris.

Zeynep was born in Munich, Germany. She graduated from High School in Bursa. After graduating she moved to Switzerland for a few years working in an hotel in Zurich.
She came back to Turkey 2008 and started working on yachts.
She speaks basic German. She likes reading and loves cinema.
Zeynep is the angel of the Ariela, making the guests feeling at home.
Yachting Experience:
MS Lady Crista 2009 seasonal
MY Lalica 2010 seasonal
MS Zelda 2011 seasonal
MY Gogamigoga 2012-2014
MY Ariela 2014- Present

Gul was born in Trabzon. She graduated from College in 2002and she is now studying Public Relations. She started working as a stewardess in 2008. She speaks fluent English. In her spare time she enjoys movies, music, pilates and dancing.
She lives with her parents in Bodrum.
Yachting Experience:
MY Zeynep T 2008 seasonal
SY Golden Touch 2011 seasonal
MY Blue Scorpion 2012 seasonal
MS Carpe Diem 4 2013-2014
MY Ariela 2015- Present 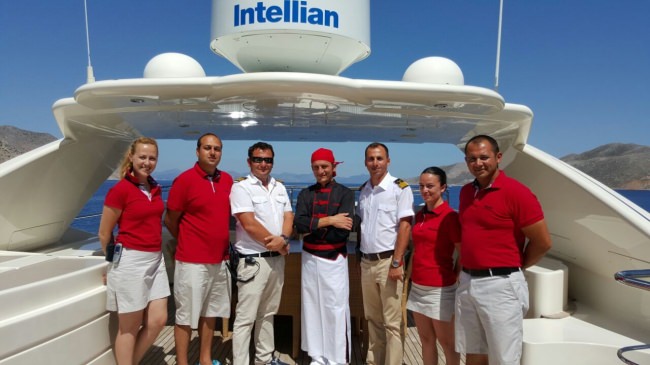