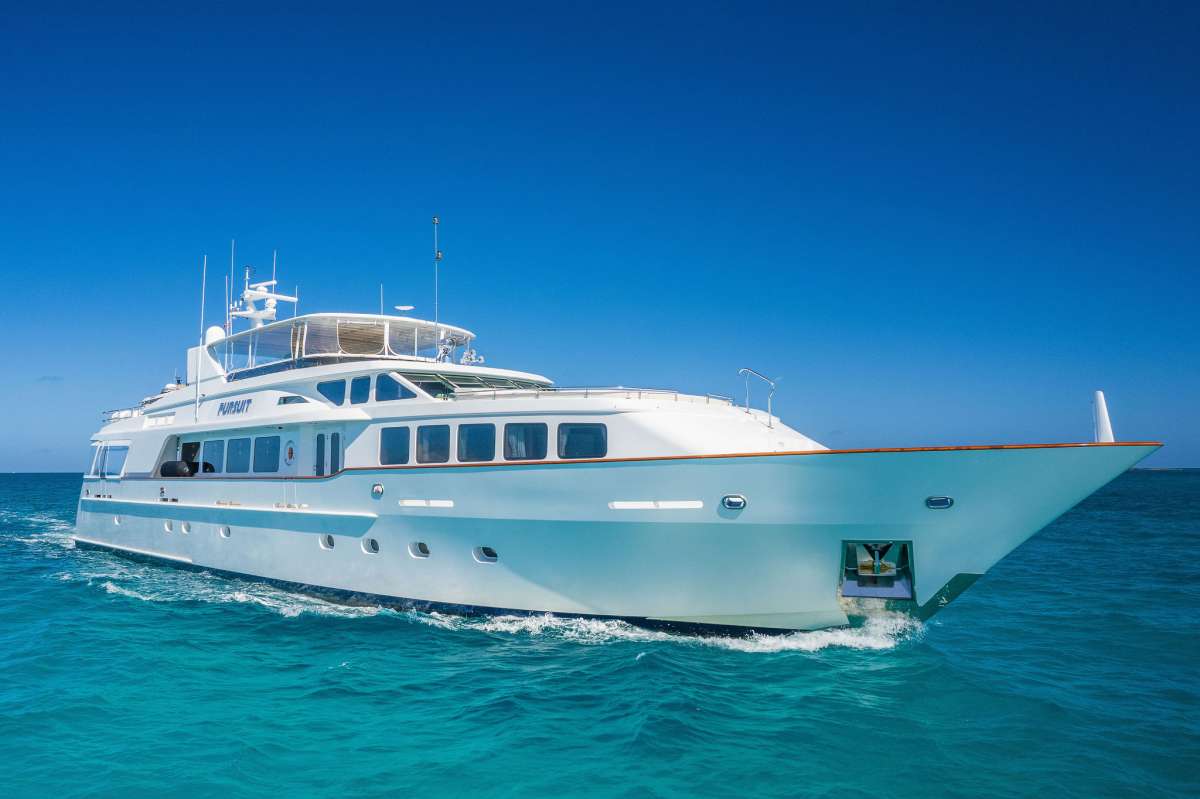 Captain Name: BLAKE SELLERS | CAPTAIN | AMERICAN
Born in Myrtle Beach, SC, where he lived on the Intracoastal Waterway, Blake’s dream was always to become a yacht captain. He spent time on his family’s runabout boats, wakeboard boats, and jet skis learning how everything operated. He was always on the water every chance he got and would wakeboard, kneeboard, tube, water ski, wake surf, and jet ski together with his two older brothers.
Starting out as a mate for TowBoatUS he started in the yachting industry delivering vessels in order to gain his Sea Time and Captain’s License. Blake worked his way up from a 54ft Motor yacht to a 76ft Lazzara and now runs the 124’ Trinity HAVEN.
Captain Blake currently holds his 200 Ton USCG Masters Near Coastal, STCW trained, and Auxiliary Towing Endorsement. He looks forward to having you aboard Haven where you will be greeted with one of the best crews in the industry ensuring you a safe and wonderful vacation. Captain Blake’s motto for the yachting industry is “always chase your dreams because if you can dream it, you can do it”

JULES IVORY | MATE | ENGLISH/FRENCH
Jules Ivory was born in England but spent most of his childhood in France, before moving over to the United States. He now resides in Newport, Rhode Island, and attends school in New York, where he is studying Philosophy and Computer Science. He is an avid sailor and enjoys all water activities and sports. He has been in the yachting industry for two years and is always seeking new adventures and experiences. Some of his hobbies are running, sailing, traveling, and watching soccer.

LISA GOULD | CHIEF STEWARDESS | AMERICAN
Lisa's friends describe her as being adventurous, passionate, and reliable and some of her interests include cooking, traveling, and meeting new people. Although Lisa was born in Texas, she moved around a lot while her father served the U.S. for 20 years in the Army. This is likely where her love for food, culture, and people came from. Lisa has always felt the most at home when she is on the water. In 2004, Lisa moved to Key West, Florida and began working in the marine industry. After 8 years, she moved to Fort Lauderdale to pursue her educational aspirations. Lisa is currently seeking her bachelor’s degree, but still fulfills her passion for the water while working on yachts. She believes that the world is full of endless opportunities and surprises, so she tries to live every moment to its fullest.

PEIR MORRISON | CHEF | JAMAICAN
Peir originally hails from Kingston, Jamaica. His passion for exploring the culinary world grew throughout his youth, as he began helping his grandmother cook at the tender age of five. Peir relocated to the U.S. with his father at the age of fifteen; however, his interest in food never waned and he pursued his passion for cooking and learning about different cuisines. He has spent the past ten years in the culinary field, working his way up through various gastropubs and high-end dining establishments such as Griffons and 800 Maple. Peir consistently put smiles on other’s faces through his cooking and his positive energy. Through his experiences, Peir has learned that the key to being a great chef is to keep calm under any circumstance and remember that “every little thing gonna be all right”. As for who he is outside the galley/kitchen, he is a proud husband who has two beautiful children. He loves doing DIY projects at home, newfound love for gardening, and absolutely loves working on cars in his spare time.

ASHLEY PARENT | 2ND STEWARDESS | AMERICAN
Born and raised a cheesehead out of Green Bay WI, yachting was not something Ashley grew up around, but her love for the hospitality industry and the tropics have brought her to Fort Lauderdale, FL. Getting out at sea and meeting new people from all over the globe is something she has always dreamed of. Her interests are traveling, hiking, working out, and spending time with family. Ashley’s motto is “Work hard to achieve your dreams."