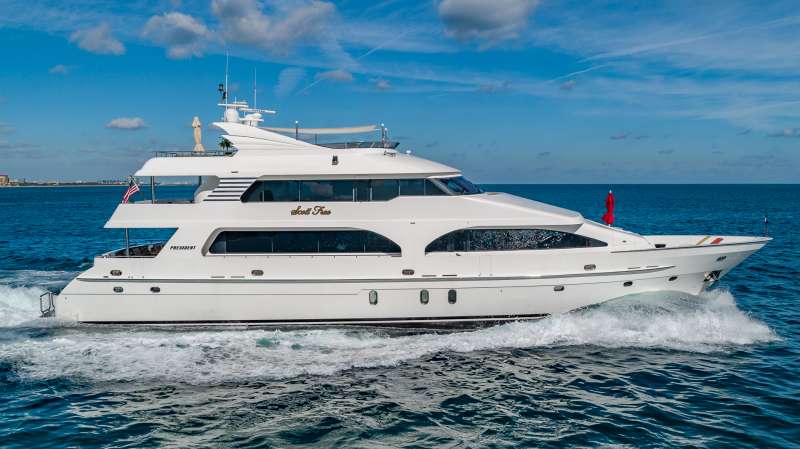 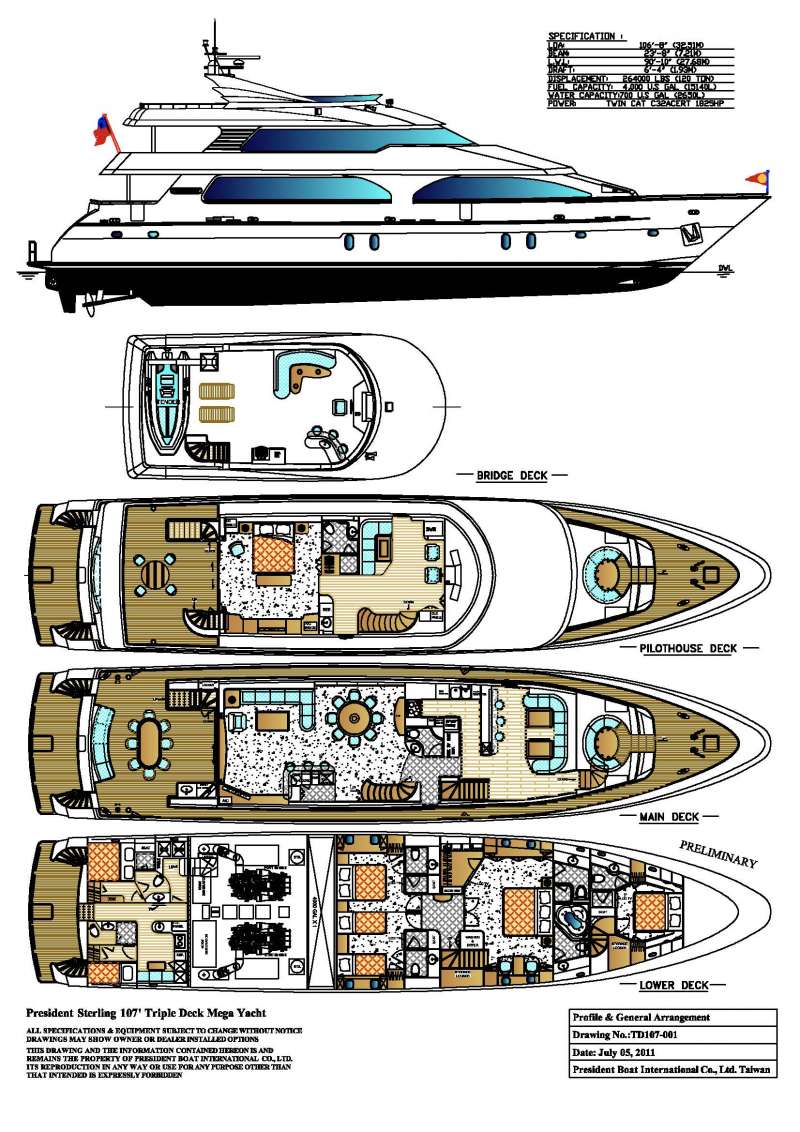 Captain Name: Captain
Jim grew up in a small Greek community (Tarpon Springs, Florida) where his passion for the sea began through heritage—by being brought up in Greek culture—and spending the majority of his youth boating, fishing, diving and scalloping. Upon graduating high school, he attended the Harry Lundenburg School of Seamanship, where he started his career in the maritime industry as a Merchant Mariner. After progressing to the captain position, he left the oil industry and returned to Florida to work as charter fishing captain in his hometown. During this time, he was asked to deliver new yachts and orientate the owners on the operation and maintenance of their new vessel(s). Subsequently, he was offered a position as a captain and thus began his career in the yachting industry. Since then, from the early 1990’s till present, Captain Jim has traveled extensively throughout the Gulf of Mexico as well as up the Eastern Seaboard; from Key West to Nova Scotia. Destinations include: Maine, Wentworth by the Sea, Gloucester, Boston, Nantucket, Martha’s Vineyard, Newport, Montauk, New York City, Norfolk, Charleston in addition to several other locals, such as traveling throughout the Bahamas and the Exumas. With his wealth of experience, your adventures aboard will leave you with amazing memories.

Chef
Reino Cruz is a professional chef, born and raised in the San Francisco Bay Area. Growing up in a very diverse environment, amongst a household of multiple ethnicities, he was introduced to flavor components from all over the map at a very early age. With nearly two decades of culinary experience, the journey has been anything but traditional.
A graduate of the California Culinary Academy/Le Cordon Bleu in 2003, he immediately found himself in both the worlds of restaurant life & event catering. After feeding tens of thousands of guests in the beginning years, these steppingstones placed him in a position to hit the road as a tour chef for some of today’s most iconic musicians as they traveled North America. Cooking in cities across the continent allowed even more exposure to how things are done elsewhere. In between these work trips, he’s explored other regions of the world. Traveling, eating, learning, and even cooking in lands abroad.
In 2014, the cable channel ‘Food Network’ called. The ability to adapt to any environment came in handy as he was invited to participate multiple times on the cable reality competition, “Guy’s Grocery Games” with celebrity chef, Guy Fieri. The exposure of cooking & competing, critiqued by celebrity judges in front of millions of viewers, continued to open new doors.
In 2016, the opportunity to work as a yacht chef in the Caribbean presented itself, and he jumped at the chance. After years on tour busses going from city to city, the chance to cook the freshest seafood, provision ingredients as the boats traveled from island to island, being a true fan of the sea, this was a dream come true. From the comforting feel of the food he was raised on, to the presentation & respect of the cuisine he has accrued along the way, Chef Reino’s priority remains the same as always: to share the story through the cuisine he creates.

Stewardess - Tania Leyva is originally from Mexico City & having grown up in Southern California, started her career in the hospitality industry in 2002. While working she attended UNLV, and achieved a degree in communications. She loves surfing, kayaking, fishing, & snorkeling.
She is fun, active, and adores bringing others happiness through her work.
With her passion for the sea and love of travel she pursued a career in yachting. Having worked in the industry for the past 4 years on yachts ranging from 80’ to 270’, she has the experience and personality to create an amazing experience for her guests.

Mate - Esteban Estrada grew up in South Florida in the suburbs of Cooper City. His love of the ocean is what drew him into the marine industry. Esteban first started working as a crew member onboard a 116’ Azimut in 2016 while still being enrolled at school. Upon graduating from Florida International University, he continued his career and began working full time on board vessels. He has spent the past 5 years gathering experience on various yachts cruising throughout Florida, Bahamas, and the east coast from Ft. Lauderdale to New York. In his spare time, Esteban enjoys water activities, outdoor team sports, and running. Esteban’s experience and ability will make your time on board M/Y Scott Free safe and enjoyable.