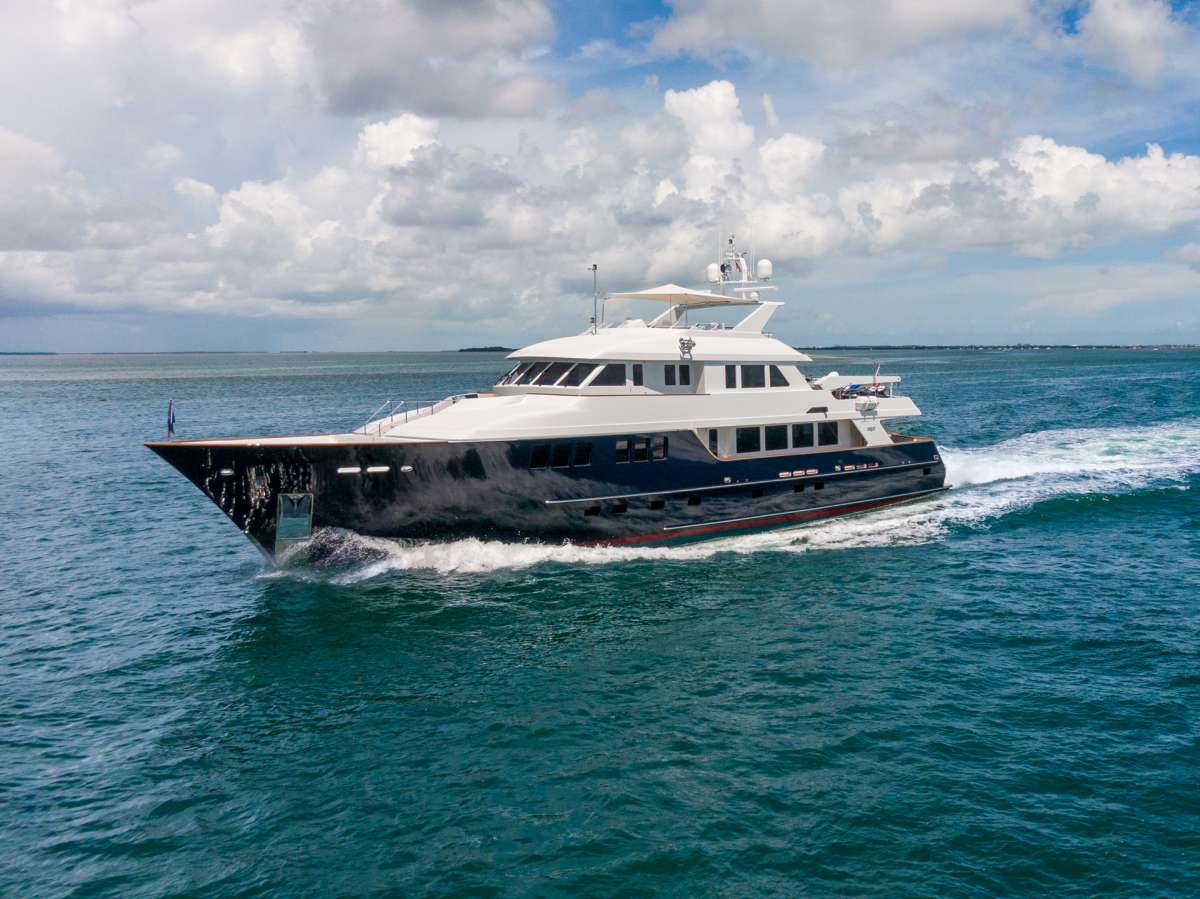 Captain Name: CAPTAIN | PAUL SIMON | AMERICAN
Paul Simon grew up in Michigan boating on the Great Lakes at a young age. He started a boat washing service in high school and moved up to crew on yachts during college in Miami. Once Paul finished college, he moved to yachts full time and has been on the water ever since. He diligently worked his way from deck hand to Captain. His welcoming demeanor, enthusiasm for travel, and keen sense of leadership lend itself perfectly to the role of Captain.
As a yacht captain, he’s had the pleasure of traveling to many places including the Caribbean, Bahamas, New England, East Coast and Pacific Mexico, California and the Pacific Northwest. When not working, Paul can still be found in the water fishing for whatever will bite. While on shore, Paul enjoys hiking, biking and Food.
As Captain on M/Y Child’s Play, Paul is committed to giving guests the best possible experience. Paul looks forward to welcoming you aboard soon.
Licensing/Education: Bachelors of Science and Business Administration (Barry University), USCG 1600/MCA 3000 Oceans, STCW, Celestial Nav, ISPS, ECDIS
Hobbies: Mountain Biking, Hiking, offshore/inshore fishing, spear fishing, Travel, Foodie, Fitness

MATE / ENGINEER | PATRICK NOLAN | AMERICAN
Born and raised on Long Island, New York Patrick has always had a love for the ocean, and a passion for fishing. Patrick began his maritime Career at an early age, working at a marina whilst still at school for 2 seasons. Patrick then moved on to work on commercial fishing vessels for two years and completed a degree in Marine Technology at Kingsborough. Patrick was introduced to the yachting industry 9 years ago and so completed his 200 ton Captains license,AEC, and dive master. Patrick is also a keen motorcyclist, crazy about fishing and loves to watch movies in his spare time.

STEWARDESS | KAYLA EDWARDS | AUSTRALIAN
Kayla was born is Sydney Australia and has been working on Yachts for the last nine years but traveling the world since she was 18. After finishing high school in Australia she became a qualified hairdresser but later moved to Florida where she met her husband Captain Paul and they have been moving around on boats together ever since. Kayla loves what she does and brings energy and enthusiasm to an already great team.
Licensing & Certificates:
STCW95, Silver service, Mega yacht interior operations, Food service, safety & hygiene
Hobbies: Anything outdoors

DECKHAND | MICHAEL COOKE | SOUTH AFRICAN
Since a young age Michael has always been associated with the ocean, boats and water sports. After high school he completed his commercial diving course and then went to Tasmania, Australia on a gap year. After returning home to South Africa he joined the family diamond diving business. Six years later he sought a new adventure in the yachting world. Michael has a huge love for people and the ocean. He believes there is no better place to be.

CHEF | JOHN COMISKEY | UK
Hailing from the glitz and glamour of central London, John grew up in public houses as this was his parents profession for much of his childhood. Needless to say a few characters were met during these years. He went to Westminster College London to learn the basics of cooking which was the beginning of his journey into the cooking world. With over 10 years of cooking in prestigious restaurants and members clubs in central London and Melbourne Australia including a couple years as pastry chef tucked in for good measure. Combined this with over 10 years cooking on super yachts he has learned a few tricks and techniques to put a smile on your face and a warm glow down below!

STEWARDESS | AMY CHARNLEY | SOUTH AFRICAN
Amy was born and raised in Cape Town, South Africa. She grew up surrounded by the ocean, where she found her love for the water and all its activities such as snorkeling, wake boarding and surfing. She was always outside and partaking in almost every team sport she could find. Amy grew up in a family that loved to travel and explore different parts of the world. After graduating from the University of Stellenbosch with a Bachelors of Arts in Sports Science and a post graduate degree in Kinderkinetics, she decided to pursue a career in yachting where she knew she could combine her knowledge of all things nautical and passion for travel in one career.
Licenses and Certificates: STCW 95, Proficiency in Designated Security Duties, Sports Massage therapy
Hobbies: Running, Hiking, Wakeboarding, Surfing, Playing Hockey, Skateboarding, Reading, Snorkeling