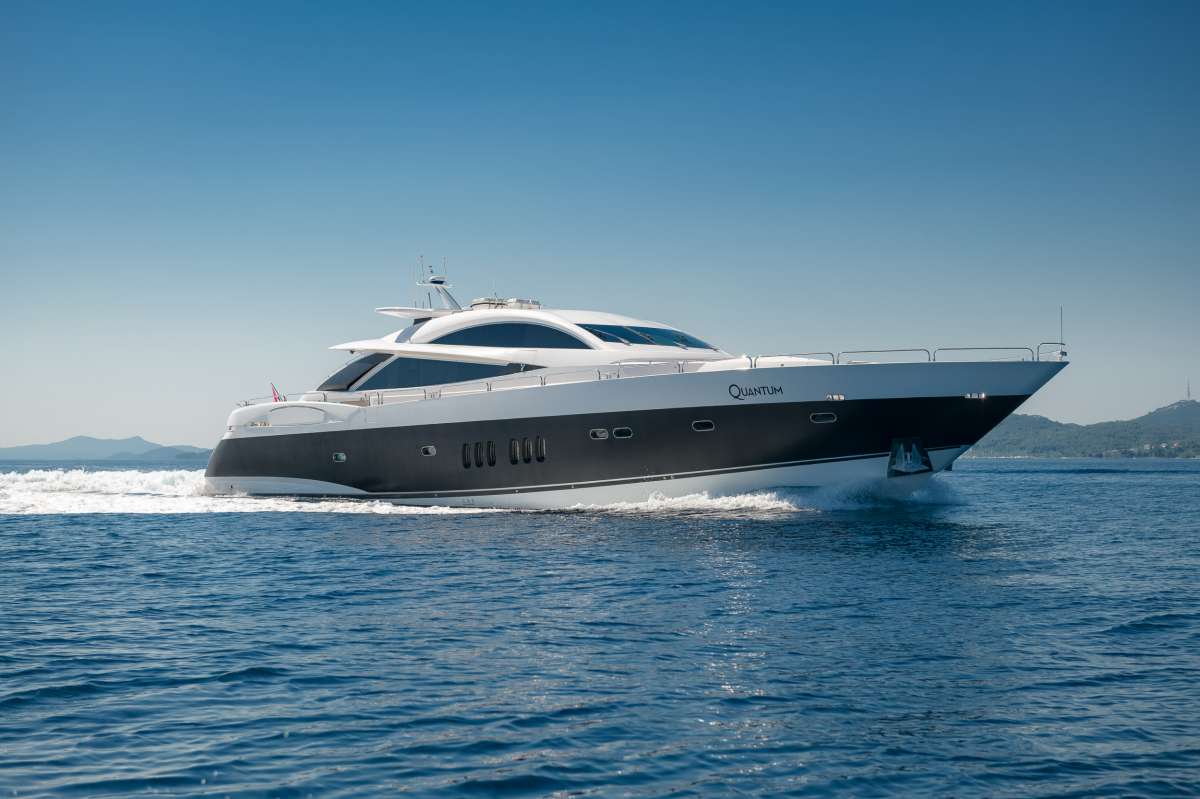 2 double, 2 twin - all ensuite,
1 Pullman in twin cabin
1 Twin cabin can be converted into a double bed cabin

For less than a week please divide the weekly rate by 6.
APA is 35% of the charter rate.


Marko began sailing at 5 years old in the Optimist class and began his career as a Yacht Captain at the age of 18. Skippering numerous yachts, he gained experience, professionalism, responsibility, reliability and resourcefulness. He is a hard worker and a problems solver with a can-do attitude, and his knowledge of engines and electrics/electronics is sufficient to handle all situations. Safety is paramount to Captain Kus and he is determined to provide guests with the perfect nautical experience so that they can feel comfortable, as well as safe at sea. He holds an STCW Master of Commercial Yacht up to 500GT (unlimited navigation) certificate issued by the Kingdom of Belgium, along with RYA/MCA Yachtmaster Ocean commercially endorsed under STCW code. He is also an RYA Cursing Instructor and an IYT Yachtmaster Offshore (sail and power) Instructor with numerous STCW Training courses and the ISAF Offshore Safety Course.

Edis was born and raised in Rijeka, where he successfully completed his formal culinary education. He began his career in one of the famous fine dining restaurants in Croatia – Bevanda in Opatija. Before joining the yachting industry in 2019, he has worked as Chef and Executive Chef in several hotels and luxurious restaurants in Croatia, Germany and Denmark. Edis specializes in Mediterranean & International cuisine. He also masters specific requests, such as Kosher meals. Besides Croatian, he fluently speaks English, German and has a basic knowledge of Danish. Creative, friendly and enthusiastic, Edis is very passionate about his cuisine and eager to tailor any culinary request and to give guests the perfect dining experience. On his spare time, he likes biking, recreational swimming and fitness.

Mislav joined the crew of QUANTUM in May 2019. Prior to entering the yachting industry, he graduated from the Maritime High School Zadar as a deck cadet. Mislav realized that his love of engineering was drawing him more and more, so in 2016 enrolled on an Engineer Officer of the Watch course at Adria Libar Maritime Training Center in Šibenik. During his training, Mislav worked on bulk carriers, crude ships and ferries, all of which were completely different experiences, but gave him vast maritime knowledge and ability to adapt any situation and solve any given task in a quick and efficient manner. In his spare time, Mislav enjoys fishing and recreational sailing.

Angela graduated from the Medical High School in her home town of Zadar and currently she is studying Nursing at the University in
Dubrovnik. Angela started her yachting career in 2016 as a junior stewardess on board the 44 meter M/Y AGRAM on which she spent
two seasons. She spent the following years cruising the French and Italian Rivera on M/Y TAMAYA. During these four years Angela
gained valuable experience in housekeeping, laundry service, silver service and bar-tending. As of May 2020, she joined the M/Y
QUANTUM team. In her free time, Angela enjoys hiking and reading books. 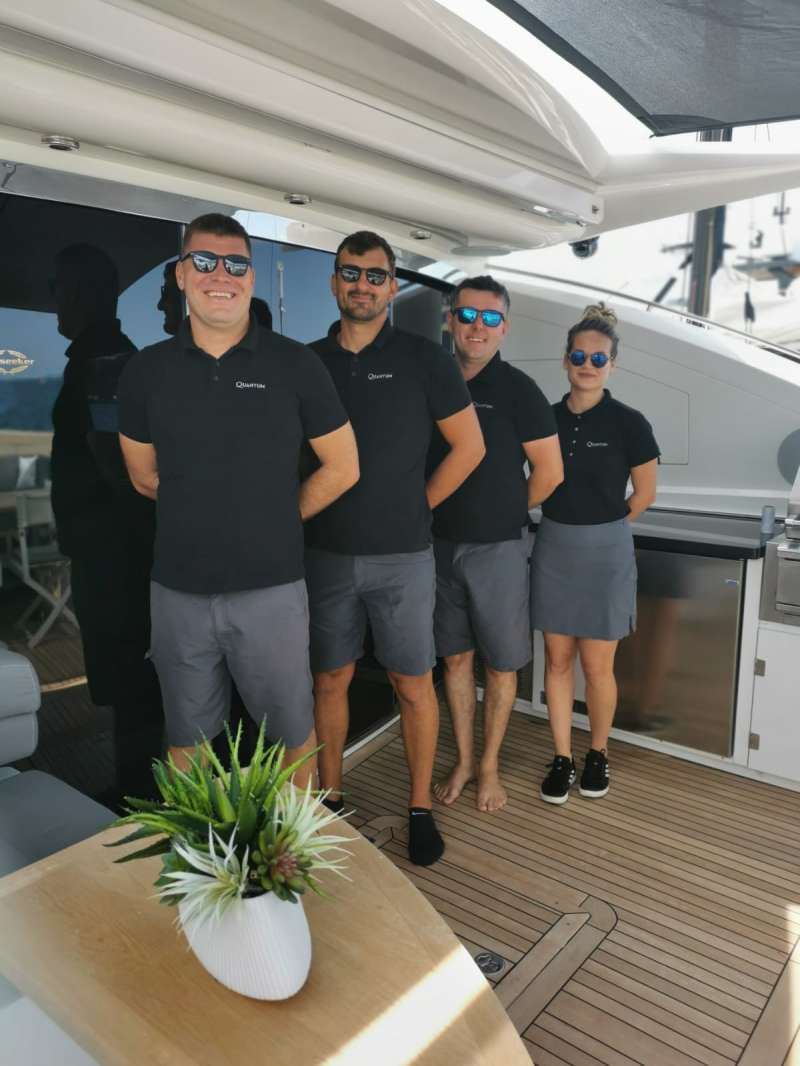