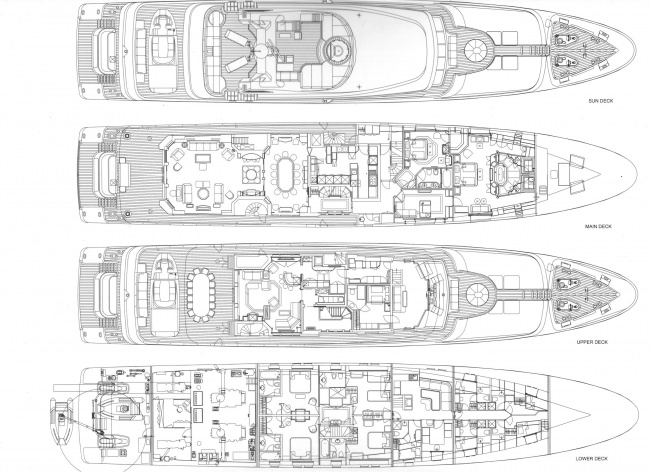 Captain Name: CAPTAIN: Dave Molenaar - South African - ROTATIONAL
Joined Spring 2021
Born and raised in South Africa, Dave has long nurtured a passion for the sea, so upon completion of his ND in Oceanography no time was wasted before he embarked upon a career in the yachting industry.
Now, some 15 years later Dave has worldwide sailing experience and has cruised many remote areas of the Pacific and Indian Oceans as well as the Caribbean, Western Med, West Coast of US and North America. Detailed shipyard periods have also featured heavily along the way and Dave assures us – there is no better way to “know your yacht” than being involved in an extensive refit!
Dave is a highly driven, hardworking and safety conscious person who is held in high esteem by his crew and highly thought of by his guests. Excellent standards of service and comfort are of the highest priority to Dave and all guests can expect to be welcomed with a huge smile!
Languages: English and basic French
Previous Yachts: M/Y Eleonora III, 131ft, M/Y Jack’s Sin, 112ft, M/Y Constance, 197ft, M/Y Sea Pearl, 197ft, S/Y Infinity, 95ft

CAPTAIN: Ferdi Heymann - South Afrcian - ROTATIONAL
Captain Ferdi had a humble upbringing in “garden route” of South Africa, where from a young age, he enjoyed spending time at the beach, snorkeling and surfing.
Ferdi built on this passion for the sea and now after 19 years in the yachting industry, nothing makes him happier than being on the water.
The years of experience on board both private and charter vessels ranging from 22 to 58 meters, Ferdi brings to “Mosaique” the invaluable knowledge that he gained whilst on board his previous vessels. He takes great pride in being able to tailor your trip to be totally unique and accommodate his guests in every way they wish. His cruising knowledge is vast, having cruised extensively the areas of the East & West Caribbean, East & West Mediterranean, South America, Indian Ocean, Asia & Pacific since 2003. During his time off, he is a keen sportsman and participates in paragliding, kite surfing, fly fishing, diving and golf. He & his wife and son are based “down under” in Perth, Australia.
Previous Yachts: M/Y GITANA (48m), M/Y HARMONY (55m), M/Y PANGAEA (58m), M/Y LATITUDE (45m), M/Y BIG ARON (47m), M/Y ALTAVIDA (50m)
Languages English, French, Spanish, Dutch

CHIEF STEWARDESS: Claire Behan – South African
Joined Spring 2021
Adventure loving Claire confesses to be a natural all-rounder, highly experienced in both charter and private yachts sail and motor! She has 2 Atlantic crossings under her belt and is proud to say has never been seasick!
Passionate about all things associated to the ocean, sailing and water sports, Claire has a keen interest in environmental awareness, plastic pollution and marine wildlife preservation.
On board Claire loves to take charge of “table scaping” and themed events, meanwhile when free time calls, she likes to keep fit with trail running, hiking and when possible, watersports, yoga and meditation.
Fun fact: Previously, radio broadcasting was a huge part of Claire’s life and she still holds a strong love for this medium of communication.
Languages: English
Previous Yachts: S/Y ARTEMIS (44m), S/Y NYIMA (32m), M/Y PHOENIX (38m)

2ND STEWARDESS: Jessica Ross - South African/Swiss
Joined Spring 2021
Jessica’s warm, bubbly personality and hard-working ethos are a perfect match for the yachting industry and since deciding this career path in 2016, Jessica has literally not looked back.
She admits that the fast pace of chartering and the diversity of life on board coupled with the travel aspect, suit her down to the ground and she cannot wait for the season ahead to build upon the experience she has already gained.
When it comes to recreation time, Jessica likes to revert to under water life! Having recently completed her PADI open water dive course she explains that advancing on that qualification is something she is keen to do. She also balances her love for keeping fit with her passion for cooking and baking – which often proves as a challenge!
Previous Yachts: M/Y SUMMER BREEZE 1 (23M), M/Y ELEMENT (42m)
Languages: English

STEWARDESS: Roxanne Harms - Australian
Joined Autumn 2020
Roxanne is a very positive, vibrant and energetic soul who loves the outdoors and ocean. She studied Design in Cape Town South Africa and loves anything to do with art and fashion. She joined this exciting industry to be able to meet new people and travel the world. She is a qualified Yoga Instructor and on her off days enjoys keeping active by running, hiking and painting.
Languages: English

CHIEF OFFICER: Georgi Dimov _ Bulgarian
Joined Spring 2021
During the 14 years that Georgi has been in the yachting industry, his time has constituted of extensive worldwide cruising and numerous refits in Germany, leaving him with crucial knowledge and valuable experience.
He describes himself as positive, determined, self-motivated and dedicated to leading and motivating a team. Striving always to maintain the highest standards of professionalism and integrity, with a smile he ensures to never compromise the safety and security of the vessel.
Georgi is a “techie” at heart and loves to experiment with new toys and technology and when time allows a game of football and a long hike is what he chooses.
Previous Yachts: M/Y Titan (80m), M/Y Bonita J, (34m), M/Y Queen M, (72m,) M/Y Triple Seven (68m)
Languages: Bulgarian, English

CHIEF ENGINEER: Alberto López – Spanish - ROTATIONAL
Alberto’s working career began on board merchant ships and before long he was attracted to the yachting industry. Fascinated by technology and yacht engines, he began studying for the various exams and accreditations and several years later, obtained his engineer's license. His most recent efforts have brought him to focus on expanding his knowledge in electricity, electronics, AV and IT systems – skills he says are currently indispensable on any modern yacht.
Alberto explains that his work ethics are versatile, and he likes to “work in different positions!” 😊
A true engineer through and through – Alberto likes to see a job well done and a clean engine room!
When time and studies allow, he likes team sport and reading.
Languages: Spanish and fluent English
Previous Yachts: M/Y Vibrance (50m), M/Y DB9 (52m), M/Y Soprano (38m)

CHIEF ENGINEER - Ken Parton - British - ROTATIONAL
Joined Spring 2021 -
British by birth, English by the grace of god.
Ken has been a marine engineer for over 30 years, working on everything from nuclear reactors to jet skis. He may look busy, with a frown on his face, but he’s always happy to help or chat about his favourite pass time, diving.
Languages: English
Previous Yachts: M/Y Hanikon (50m), M/Y Maraya (55m), M/Y Parvati (39m)

2ND ENGINEER: Dominic Nesbitt - British
Joined Spring 2021
Dominic started his career at sea after completing his degree in Marine Engineering. He started out on merchant ships, before quickly realising he would be best suited working within the yachting industry. He has a passion for engineering, travelling, and meeting new people.
Outside of work Dominic loves sports, he can usually be found on a soccer pitch or a golf course.
Languages: English

DECKHAND: Jonathan (Jack) Hunting
Joined Autumn 2020
Jack started his career as a superyacht deckhand at the age of 18 whilst at university, squeezing in 3 whole summer seasons of daywork, temp and shipyard work between study time. Since finishing his studies in 2017 he has so far enjoyed three positions on private and charter
vessels run to impeccably high standards. Jack admits that starting his career at such a young age, has taught him the values of discipline,
interpersonal skills and a good sense of humour!
Jack’s hobbies predominantly revolve around water and boats, wakeboarding, water skiing, sailing, and kiteboarding. But he also has interests in skiing, rugby, and travel.
Languages: English, French and Italian
Previous Yachts: M/Y Arience (60m), M/Y Vector (57m), M/Y Mylin IV (61m)