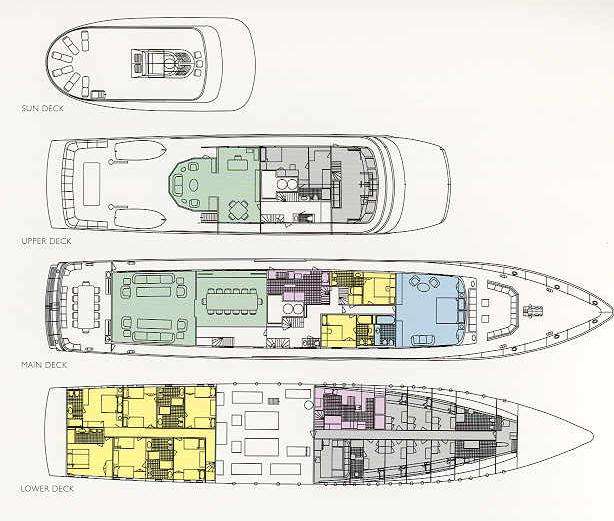 Captain Vangelis was born and raised in Athens, Greece. He graduated from the Greek Merchant Marine Academy and he began his career at sea onboard commercial ships and later joined the yachting industry as Captain on various motor sailers and motor yachts. He has served as Captain on board M/Y AFRICA, M/Y ALEXANDRA, M/Y LUCKY ME and M/Y DINAIA as well as Chief Officer on board M/Y ALEXANDRA and M/Y WHISPERS. He holds the Radio General Operator (GMDSS), Ro/Ro & Passenger Ship Safety, Life Saving & Fire Fighting, ISPS Certificate (International Ship & Port Security), and speedboat license. He knows all the exclusive places of the Mediterranean Sea and guarantees that your journey will be unforgettable, whether your desire is to visit trendy luxury resorts or to seek out the most secluded and unique ports of call. Captain Vangelis was the first member of ITOTO's crew since she was bought by her new owners. Captain Vangelis speaks fluently English and Greek.

Menios greaduated form the Merchant Marine Academy of Preveza and begun his professional career on commercial vessels and cruise ships where he worked as Chief and Second Officer. He joined the yachting industry in 2015 as Chief Officer on board M/Y ALEXANDRA, and he continued on board M/Y BELLA STELLA. He holds the Chief Mate cargo and passenger ships less than 2500 and 1500 gt repsectively certificates and Ship Security Officer General operator GMDSS certificate among others, while he has attended many seminars icluding Operation and Management of Frarmo Cargo Pumping Systems and Risk assessement seminar. Being a highly certified professional, his experience has given him strong organisational skills that have benefited him on a busy charter. He is extremely focused on safety & security as well as on motivating crew and creating a safe environment onboard. Menios is married and he speaks English and Greek.

Alexandros-Georgios graduated from the Mecharnt Marine Academy of Macedonia as 3rd Engineer in 2005 and he further continued his education, when he graduated as Chief Engineer in 2015. He has wide experience at sea, going on voyages all around the world on board commercial vessels for 17 years.
Prior to joning M/Y ITOTO, Alexandros-Georgios worked on board M/Y LUCKY ME as Chief Engineer. His certificates include the National School of Life Saving and Fire Fighting Appliances , Unitor Training, ABB High Voltage Safety and many more. He is a very dedicated and reliable Chief Engineer with a strong record of quality vessel safety maintenance. He speaks fluent English and Greek and he is married.

Filippos was born in Athens and he gained his diploma from the Merchant Marine Academy (AEN Macedonia). He has a 2nd Engineer Lisence and his certificates include Engine Room Resource Management, Tanker Safety and Ship Security Officer. He previously worked on board commercial vessels since 2014 as 3rd and 2nd Engineer and on board M/Y GIOEI as Chief Engineer. He is single and he lives in Athens.

Aris begun his career as a Chef in five-star restaurants and luxury hotels in 2002. Since then he gained extensive knowledge and expanded his culinary experience by exploring international cuisines. in 2013 he moved to the yachting industry and since then he has been onboard many megayachts such as M/Y TUEQ, M/Y ALEXANDER, S/Y BARACUDA and M/Y PEGASUS. Aris combined his love and passion for the sea with his culinary skills and he had cruised onboard yachts to East and West Mediterranean. Aris is well grounded in international culinary techniques, skilled in unique procedures creating astounding meals for his guests, and is also a food and wine expert. His gastronomical creations incorporate the latest cooking trends, high quality ingredients and a creative flair to impress his guests. Aris joined the crew of ITOTO during winter 2019 when she was bought by her new owners. Aris's experience in the yachting industry combined with his high gastronomical skills established him as an essential member of the crew of ITOTO. Aris is 38 years old. He speaks Greek, English and basic French.

Efi was born in Volos, Greece and she has an impressive 25-year experience as a Chief Stewardess on board private and charter megayachts like M/Y OASIS, M/Y GREYZONE, M/Y ENDLESS SUMMER, M/Y AQUA LIBRA, M/Y NITTA K, M/Y GLAROS, M/Y CHICA I, M/Y FAMARE, M/Y JESTER, M/Y HAPPY DOLPHIN, M/Y MARACUNDA and more. She has 17 year experience in the service/hospitality industry, Silver Service, and bartending, she is comfortable with the control of large budgets and experienced with childcare and nanny duties, among others. Efi has also worked in 5* star hotels and as private housekeeper. She is a Graduate of Private Secretary School and has also entered in Tourist Academy in Thessaloniki Greece. Efi is single and her hobbies include reading, cooking, needlework, knitting, and working as a volunteer for stray animals. She speaks Greek, fluent English and basic Spanish.

Angeliki holds a degrees in Maritime Studies and her love for the sea and travelling lead her in the yachting industry. Angeliki starterd her career in yachting in 2015 onboard M/Y OASIS, 48m. Since then she has offered her services onboard M/Y PARVATI, M/Y SAPHIRE, M/Y MARLA and M/S ALTHEA. The passion for her profession and her enthusiasm have since driven her to excellence. From art de la table to flower decorations and dining services, Angeliki is simply brilliant. She has managed to become a nonpareil Stewardess that strives for perfection and shares the same determination with the rest of the crew.

Barbara was born and raised in Athens, Greece. She has extensive experience in the yachting industry as a Stewardess on board charter yachts M/Y JAAN, M/Y RARE FIND, M/Y IONIAN PRINCESS and M/Y MALTESE FALCON. Being a highly professional, she will make sure that your time on board is truly comfortable. She has a MPhill Art and Design Degree from the University of Derby and she has graduated from Vacalo Art & Design College with a degree in Interior design. Prior to joining the yachting industry, Barbara has a 20 years experience in the account management and sales industry in various companies. She speaks Greek and English
Eva Klesk - Stewardess
(Polish)-Aged 51

Eva was born and raised in Poland. She has extensive experience in the yachting industry as a Stewardess on board charter yachts M/Y ROVAN, M/Y BILLA and M/Y RENA N. Being a highly professional, she will make sure that your time on board is truly comfortable. Prior to joining the yachting industry, Eva has long experience in luxury hotels and villas. She speaks English.

Maria was born in Athens, Greece, and has been employed in the customer service and VIP section in well-known bar restaurants in Athens. She is a yoga. Maria is social, friendly, open minded, and with a positive attitude. She speaks English and Greek.

Christos has worked in the yachting industry since 2008 and he has travelled on board passenger vessels for 20 years. He has worked on board M/Y ANCALIA, M/Y WHISPER and M/Y ALEXANDER. His positive attitude and the ability to work under pressure are among his top skills. He has all the necessary certificates as an able seaman. He speaks English and Greek.

Vasilis is a very experienced professional; he has worked as deck crew in a lot of passenger ferries in Greece and as maintenance staff in shipping companies, where among others he was responsible for preparation for marine activities (jet ski,wind surf,stand up paddling,water ski) and transport by tender from yacht to other yachts, dock and beaches . He is a Graduate of technical vocational school. He is a certified seaman and he also has a High speed craft pilot license. He speaks English and Greek

Iraklis was born in Greece and has a bachelor’s Degree in Accounting of TEI of Piraeus, Greece. He has worked on board M/Y O’MEGA, M/Y CHACKRA and M/Y MAGNA GRECIA as deckhand, as well as water sport instructor in Greek islands. Among others, he is fly board certified and he also has a speed boat lisence. He is a hard-working, responsible person with a good sense of morale and excellent attention to detail and service delivery. He speaks English and Greek.

Ioannis was born in the island of Aegina and has a high love for the sea. He worked on board M/Y AL MIRQAB for the past two years and as a boat maintainer in a Greek shipyard. Among his certificates is the RYA Powerboat level 2 handling. He enjoys offering his knowledge and care to every big and small part of the vessel and he speaks Greek and English.

Dimitris was born in Athens and he has previously worked on board M/Y MARIU and M/Y MOKA as day worker. He has a speedboat license; he is enjoyable, hardworking and very responsible in his job. He speaks English and Greek. 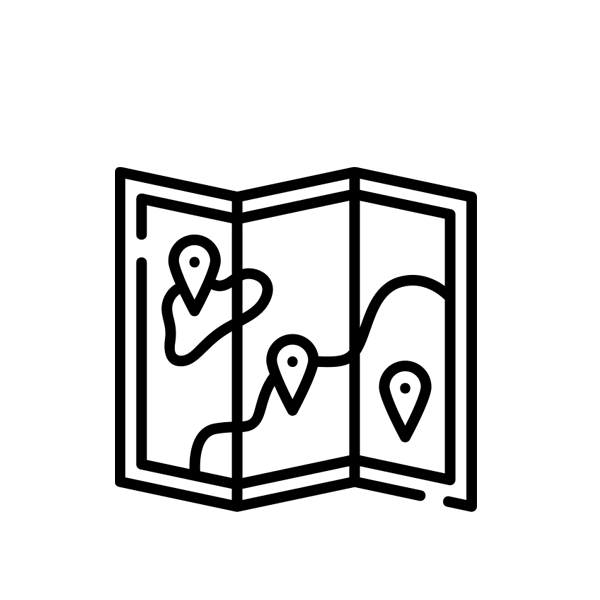