On your next yacht charter vacation along the New England coast, don’t forget to check out the famous Newport Rhode Island Mansions. Since the 18th and 19th centuries, Newport has been one of the playgrounds for the rich and famous, and indeed, it remains one of New England’s brightest jewels. A Newport mansion tour will allow you to see these stunning homes.

Your New England yacht charter vacation will most likely charter out of Newport’s beautiful Narragansett Bay. You’ll want to plan a stop at this beautiful harbor.

This bay is New England’s largest estuary. It covers just under 150 miles and small parts of the bay extend into Massachusetts.

The protected inlets and harbors create ideal conditions for sailing, fishing, kayaking, and other water activities. Nature enthusiasts will love this area as it is home to marine mammals and more than 60 species of fish and shellfish, as well as more than 200 bird species.

This is where you will find magnificent colonial architecture and the summer mansions of the Vanderbilts and Astors. Indeed few visitors leave Newport without visiting one or two of its famous Gilded age mansions such as Marble House and Rosecliff.

What Was the Gilded Age?

The Gilded Age is the time period in the United States between the Civil War and the beginning of the twentieth century. The term Gilded Age came from the title of an 1873 publication by Mark Twain and Charles Dudley.

The largest and most stunning of the Newport Rhode Island mansions, the Breakers, is a Gilded Age mansion located at 44 Ochre Point Avenue and built between 1893 and 1895 as a summer home for Cornelius Vanderbilt, a member of the wealthy Vanderbilt family.

This enormous mansion has 70 rooms, five floors, and 62,482 square feet of living area. The mansion itself covers nearly an acre of its 13-acre property, and Richard Morris Hunt designed it in the Renaissance Revival style. The interior decor was by Jules Allard and Sons and Ogden Codman Jr.

The Newport Preservation Society owns and operates this property, which is now a museum. It is open for visits all year. After your tour of the Breakers, walk toward the ocean to experience the Cliff Walk. Cliff Walk is a 3.5-mile stretch of rocky coastline with the sea on one side and the mansions on the other. You’ll certainly want to bring your camera on this excursion.

Another Newport mansion is opulent Rosecliff. It might look familiar. Scenes from several films have been shot on location at Rosecliff, including The Great Gatsby, True Lies, Amistad, and 27 Dresses. The house has also been known as the Hermann Oelrichs House or the J. Edgar Monroe House.

The mansion’s ballroom is the largest in Newport. In fact, elegant parties were held here, one featuring the magician Harry Houdini. This Gilded Age mansion is open to the public as a historic house museum.

Another summer home, The Elms, was owned by Mr. and Mrs. Edward Julius Berwind. Mr. Berwind made his fortune in the coal industry. In 1898, the Berwinds had Philadelphia architect Horace Trumbauer design a house that looked like the mid-18th century French chateau d’Asnieres.

Construction of The Elms was completed in 1901 and cost an estimated $1.4 million. The interiors and furnishings were designed by Allard and Sons of Paris and were the setting for the Berwinds’ collection of Renaissance ceramics, and 18th-century French and Venetian paintings.

Marble House was built as a summer cottage for Alva and William Kissam Vanderbilt between 1888 and 1892. And designed by Richard Morris Hunt in the Beaux Arts style. Moreover, at its completion in 1892, it was more luxurious than most American houses. In addition, its front entrance looks like that of the White House.

The house is on the National Register of Historic Places and is a National Historic Landmark.

Another Guilded Age historic house is the Isaac Bell House at 70 Perry Street (at the corner with Bellevue Avenue) in Newport. Also known as Edna Villa. It is one of the best examples of Shingle Style architecture in the United States.

Chateau-sur-Mer displays High Victorian architecture, furniture, wallpapers, ceramics, and stenciling. In 1852 at its completion, it was the most lavish mansion in Newport until the arrival of the Vanderbilt mansions in the 1890s.

Hunter House is an excellent example of Georgian Colonial architecture. The great mercantile families of the time lived privileged lives. They built water-front mansions and entertained in lavish style.

The north half of Hunter House was constructed between 1748 and 1754 by Jonathon Nichols Jr., a prosperous merchant and colonial deputy. After he died in 1756, the Hunter House was sold to Colonel Joseph Wanton Jr., a deputy governor of the colony and a merchant. He added a south wing and a second chimney, transforming the building into a formal Georgian mansion with a large central hall.

The house displays examples of the best arts and crafts of 18th-century Newport. The collections include furniture by the Townsend-Goddard family, premier cabinetmakers of the colonial era. Newport pewter and paintings by Cosmo Alexander, Gilbert Stuart, and Samuel King are also on display. Hunter House is a National Historic Landmark.

Planning Your Visit to the Newport Rhode Island Mansions

You’ll want to make the most of your time while on your yacht charter. It takes the average visitor 45 minutes to follow the tour route in each house. So it is best to allow between one and one-and-a-half hours for each property.

You will want lots of time to enjoy the tours, explore the grounds, and visit the Newport Rhode Island Mansions Stores. Note that weekdays are less crowded than weekends.

You can take tours of the mansions and the gardens. In addition, you can take the Elms Servant Life Tour to see how the other half lived. However, plan since this is a top-rated tour.

The pricing for the mansions varies. Visit the website for specific pricing, hours of operation, and special events.

A great way to see Newport without driving and parking is to take a trolley tour. One tour takes you to the mansions and gives you a detailed look at Newport.

Restaurants near the Historic Mansions

If you plan to make a day of sightseeing, you may want to see the mansions in the morning. Afterward, you can have lunch at a nearby restaurant. In the afternoon, take a tour of the gardens. Here are a few restaurants near the mansions:

Many Newport Rhode Island Mansions, including The Breakers, Marble House, the Elms, and Bannister’s Wharf Marina, have gift shops. There are a variety of other shops nearby as well.

Many sailing and motor yachts charters along the New England coast, including catamarans. Many are from Newport, Rhode Island. 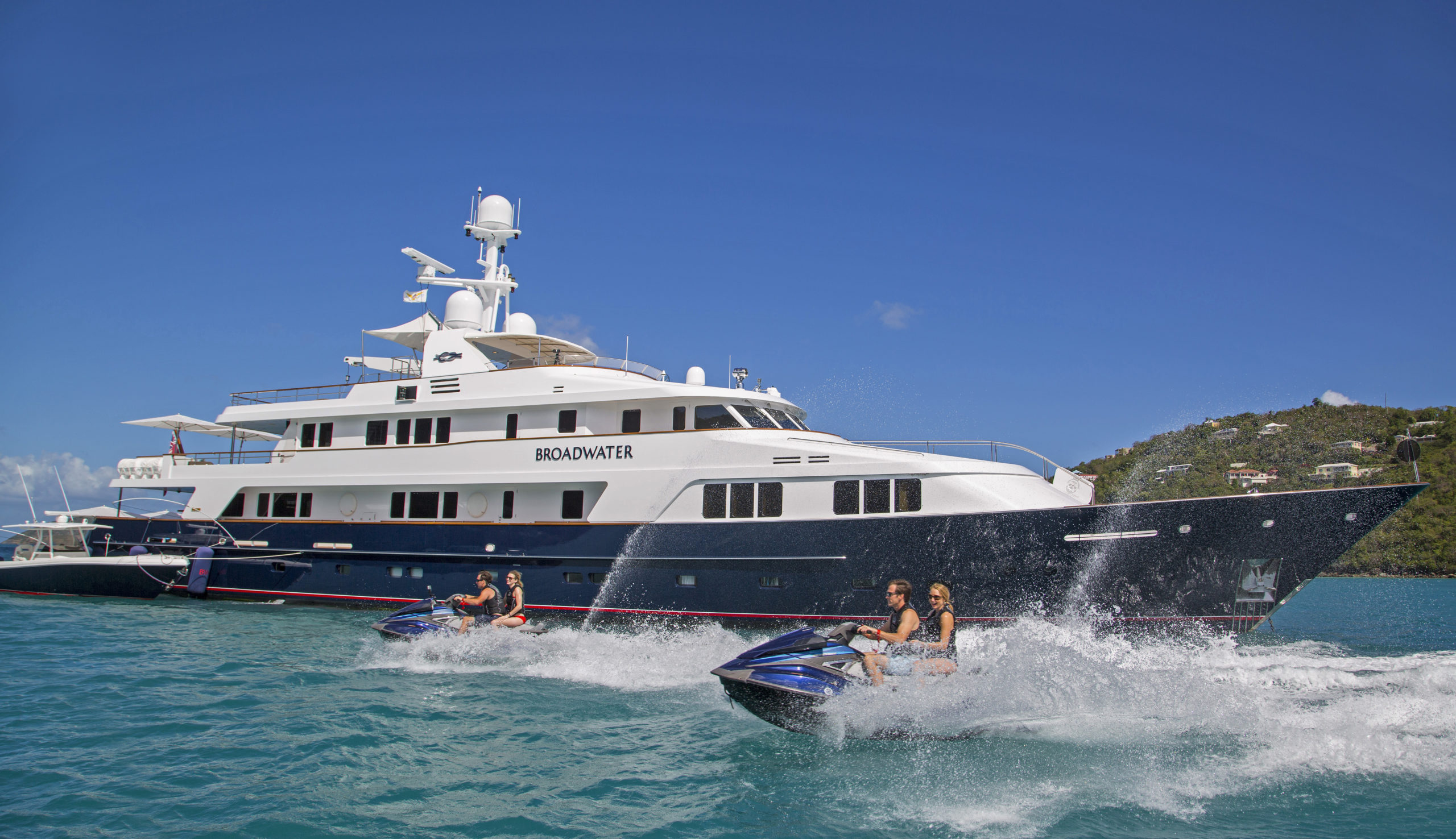 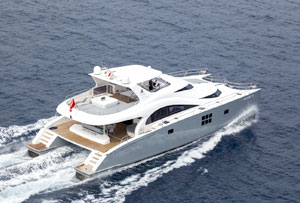 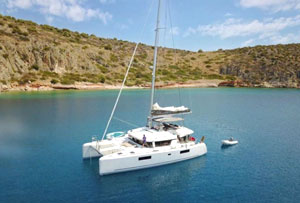 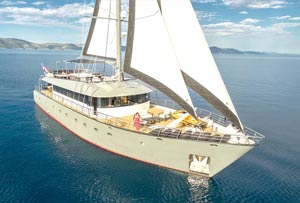 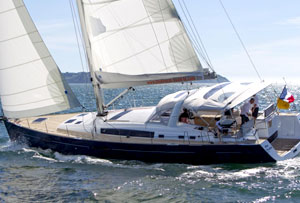